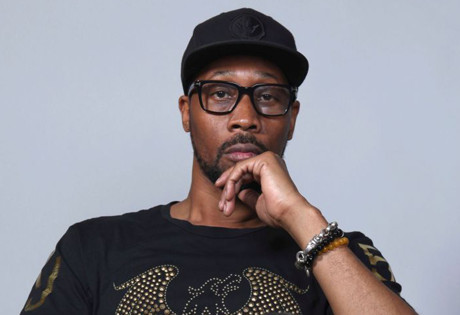 Start by filling out our no-obligation entertainment request form to check pricing and availability for RZA or whoever else you may want.

Wondering how to book RZA for your event? Let Booking Entertainment be Your entertainment booking agency for booking RZA for events worldwide.

Our RZA agent will be happy to help you get RZA's availability and booking fee, or the price and availability for any other A-List entertainer, band, comedian or celebrity you may want for your corporate event, private party, wedding, birthday party or public show.

The producer, rapper, and actor known as RZA was born Robert Fitzgerald Diggs in 1969 in Brooklyn. Long before RZA rose to fame as the leader of the group Wu-Tang Clan, he grew up in North Carolina during his early childhood, and was highly influenced by his uncle’s love of music. By the time he was a teenager, RZA was competing in rap battles and so when he moved to live with his mother in Ohio in the early 1990’s, he formed a rap group with his cousins and began performing around the local neighborhood.

RZA’s first record deal was as a solo artist, but it wasn’t long before he established Wu-Tang Clan with five of his childhood friends. With Wu-Tang Clan, RZA quickly slipped into the role of the group’s producer, and nearly everything between 1994 and 1996 was the result of his composing, arranging, and overseeing the entire creative process for each track. During this time, the group experienced significant success, but by 1998, RZA stepped back from his function as producer and began to pursue solo work in addition to his work with Wu-Tang Clan.

RZA has continued his solo career for the last two decades, while still contributing with Wu-Tang Clan and his film career. Solo albums released by RZA include: Bobby Digital in Stereo (1998), Digital Bullet (2001), Birth of a Prince (2003), and Digi Snacks (2008.) RZA is considered to be one of the greatest hip-hop producers of our era, and he continues to write, perform, and record.

For more information on booking RZA, please contact Booking Entertainment. One of our top booking agents will be happy to work on your behalf to get you the best possible price to book any big name entertainer for your upcoming public, private or corporate event worldwide.

Booking Entertainment works to get the best possible RZA booking fee and RZA price for our clients while also providing the celebrity or famous entertainer with the level of professionalism and industry norms that they expect from an event run by a professional booking agency and production management.

Booking Entertainment uses our agency / management relationships and over 25 years of production experience to help buyers of headline / top name entertainers and does not claim or represent itself as the exclusive RZA agent, manager or management company for any of the artists on our site.

Booking Entertainment does not claim or represent itself as the exclusive booking agency, business manager, publicist, speakers bureau or management for RZA or any artists or celebrities on this website.