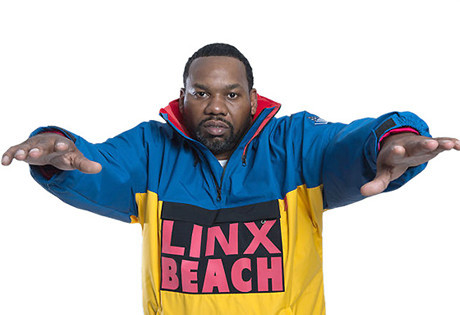 Start by filling out our no-obligation entertainment request form to check pricing and availability for Raekwon or whoever else you may want.

Our Raekwon agent will be happy to help you get Raekwon's availability and booking fee, or the price and availability for any other A-List entertainer, band, comedian or celebrity you may want for your corporate event, private party, wedding, birthday party or public show.

The rapper known as Raekwon was born Corey Woods in 1970 in New York. Before Raekwon rose to fame as one of the members of Wu-Tang Clan, he grew up in the Staten Island area of New York, harboring dreams of someday becoming a rap star. When the opportunity to join Wu-Tang Clan arrived in 1992, Woods adopted the moniker Raekwon and entered the studio to record the group’s debut album.

Enter the Wu-Tang: 36 Chambers arrived in 1993, and on the strength of the hit singles “C.R.E.A.M.” and “Protect Ya Neck,” the album rose into the top of the rap and hip-hop charts. Wu-Tang Forever fared even better upon its release in 1997, earning mainstream success and rising to multi-platinum status. Although Raekwon remained with Wu-Tang to record the additional albums The W (2000), Iron Flag (2001), and 8 Diagrams (2007), he signed as a solo artist with Loud Records in 1994 and released the debut solo single, “Heaven & Hell.”

The song was featured in the film Fresh, and paved the way for the release of Raekwon’s solo album, Only Built 4 Cuban Linx, in 1995. The album was met with critical acclaim but less commercial success. Nevertheless, since that time, Raekwon has been recording as a solo artist, giving his fans the additional albums: Immobilarity (1999), The Lex Diamond Story (2003), Only Built 4 Cuba Linx… Pt II (2009), Wu-Massacre (2010), and Shaolin vs. Wu-Tang (2011.)

Raekwon is credited as one of the earliest pioneers of the rap style known as “Mafioso.” His achievements as an artist have landed him on many listings of the Top MC’s of the era, and he continues to perform and record, often in collaboration with Method Man & Ghostface Killah. His most recent album, Fly International Luxurious Art, arrived in 2015.

For more information on booking Raekwon, please contact Booking Entertainment. One of our top booking agents will be happy to work on your behalf to get you the best possible price to book any big name entertainer for your upcoming public, private or corporate event worldwide.

Booking Entertainment works to get the best possible Raekwon booking fee and Raekwon price for our clients while also providing the celebrity or famous entertainer with the level of professionalism and industry norms that they expect from an event run by a professional booking agency and production management.

Booking Entertainment uses our agency / management relationships and over 25 years of production experience to help buyers of headline / top name entertainers and does not claim or represent itself as the exclusive Raekwon agent, manager or management company for any of the artists on our site.

Booking Entertainment does not claim or represent itself as the exclusive booking agency, business manager, publicist, speakers bureau or management for Raekwon or any artists or celebrities on this website.