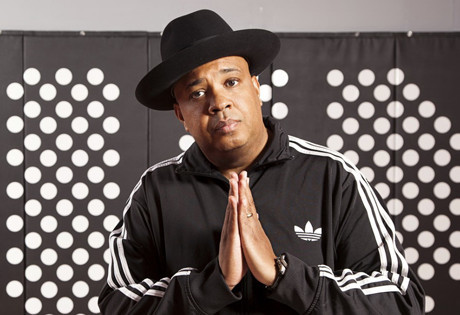 Start by filling out our no-obligation entertainment request form to check pricing and availability for Rev Run or whoever else you may want.

Our Rev Run agent will be happy to help you get Rev Run's availability and booking fee, or the price and availability for any other A-List entertainer, band, comedian or celebrity you may want for your corporate event, private party, wedding, birthday party or public show.

The hip-hop artist known as Rev Run was born Joseph Ward Simmons in 1964 in Queens, New York. Before he became famous as one of the founding members of Run-D.M.C., Rev Run served as lead vocalist for the group The Force, which performed in the late 1970’s and early 1980’s. After teaming up with friends DJ Jason “Jam-Master Jay” and Darryl “DMC” McDaniels to form Run D.M.C. in 1981, Rev Run became a part of one of the earliest and most successful hip-hop groups to enjoy mainstream success in the United States.

With Run D.M.C., Rev Run became one of the first hip-hop artists to receive a Grammy nomination and have records reach the platinum and multi-platinum levels. The group was also the first hip-hop group to appear on the cover of Rolling Stone magazine, eventually establishing themselves as the “Greatest Hip Hop Group of All Time” by a number of media outlets, including VH1 and MTV.

Following the end of Run D.M.C., with the unfortunate passing of Jam-Master Jay in 2002, Rev Run continued to perform and record as a solo artist, releasing his first album, Distortion, in 2005.  The album featured the single “Mind on the Road” and was received with significant acclaim, but Rev Run achieved even greater popularity when in that same year he and his family became the focus of the MTV reality series Run’s House. The successful series ran until 2009.

Today, Rev Run continues to perform and record, and collaborate with other artists on a variety of projects. He also continues to serve as a preacher, having been ordained in his earlier years. He recently served as a special guest for the Fellowship Church of Texas.

For more information on booking Rev Run, please contact Booking Entertainment. One of our top booking agents will be happy to work on your behalf to get you the best possible price to book any big name entertainer for your upcoming public, private or corporate event worldwide.

Booking Entertainment works to get the best possible Rev Run booking fee and Rev Run price for our clients while also providing the celebrity or famous entertainer with the level of professionalism and industry norms that they expect from an event run by a professional booking agency and production management.

Booking Entertainment uses our agency / management relationships and over 25 years of production experience to help buyers of headline / top name entertainers and does not claim or represent itself as the exclusive Rev Run agent, manager or management company for any of the artists on our site.

Booking Entertainment does not claim or represent itself as the exclusive booking agency, business manager, publicist, speakers bureau or management for Rev Run or any artists or celebrities on this website.