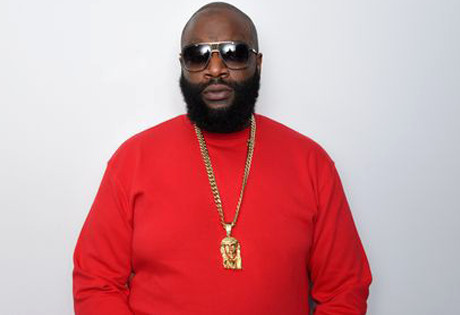 Start by filling out our no-obligation entertainment request form to check pricing and availability for Rick Ross or whoever else you may want.

Our Rick Ross agent will be happy to help you get Rick Ross's availability and booking fee, or the price and availability for any other A-List entertainer, band, comedian or celebrity you may want for your corporate event, private party, wedding, birthday party or public show.

American rapper and entrepreneur Rick Ross was born William Leonard Roberts II in 1976 in Clarksdale, Mississippi. Ross spent his formative years growing up in Carol City, Florida, and attended Albany State University on a football scholarship before deciding to pursue a career in the music industry. After signing with Def Jam’s subsidiary, Slip-n-Slide Records, he entered the studio to prepare for his debut album.

Rick Ross’s debut, Port of Miami, arrived in 2006 and was a smash hit. The album rose into the top of the mainstream charts and sold near two hundred thousand copies in its first week alone. Largely on the strength of the single “Push It,” the album reached gold status and set the stage for the additional albums: Deeper Than Rap (2009), Teflon Don (2010), God Forgive, I Don’t (2012), Mastermind (2014), Hood Billionaire (2014), and Black Market (2015.) Notable Grammy-award nominated singles include: “I’m on One” (recorded with DJ Kahled, Drake, and Lil Wayne and nominated for Best Rap/Song Collaboration) and “New Flame” (recorded with Chris Brown and Usher and nominated for Best R&B Song.)

Rick Ross founded his own record label in 2009; his next album, Rather You Than Me, is expected to release in early 2017.

For more information on booking Rick Ross, please contact Booking Entertainment. One of our top booking agents will be happy to work on your behalf to get you the best possible price to book any big name entertainer for your upcoming public, private or corporate event worldwide.

Booking Entertainment works to get the best possible Rick Ross booking fee and Rick Ross price for our clients while also providing the celebrity or famous entertainer with the level of professionalism and industry norms that they expect from an event run by a professional booking agency and production management.

Booking Entertainment uses our agency / management relationships and over 25 years of production experience to help buyers of headline / top name entertainers and does not claim or represent itself as the exclusive Rick Ross agent, manager or management company for any of the artists on our site.

Booking Entertainment does not claim or represent itself as the exclusive booking agency, business manager, publicist, speakers bureau or management for Rick Ross or any artists or celebrities on this website.