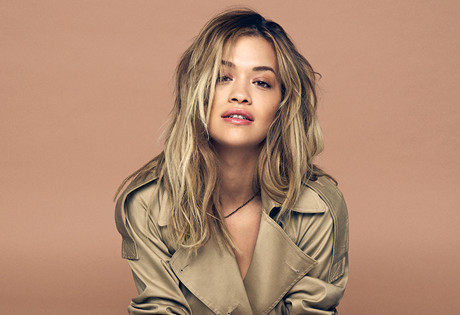 Start by filling out our no-obligation entertainment request form to check pricing and availability for Rita Ora or whoever else you may want.

Our Rita Ora agent will be happy to help you get Rita Ora's availability and booking fee, or the price and availability for any other A-List entertainer, band, comedian or celebrity you may want for your corporate event, private party, wedding, birthday party or public show.

The British singer known as Rita Ora was born Rita Sahatciu Ora in 1990 in Kosovo. Rita was only a year old when her family moved to the United Kingdom, where she spent her childhood. Rita attended and graduated from Sylvia Young Theater School, and then went on to study music in college, all the while performing at various open mic sessions around the London area.

Rita Ora’s debut as a professional performer was as a guest artist on the song “Awkward,” by Craig David. In 2009, Rita signed with the Roc Nation label and entered the studio to prepare for her debut album. The journey to her release was documented in a series of videos on YouTube, further bolstering enthusiasm and support for her upcoming debut. The album, Ora, arrived in 2012 and featured the hit singles “RIP,” “How We Do (Party),” earning Rita Ora a MOBO Award for Best Newcomer, an Urban Music Award for Artist of the Year, and a host of other nominations. The debut was followed by a headlining tour and a series of tours in support of other artists: DJ Fresh, Drake, and Coldplay.

In addition to her performances as a musician, Rita Ora has also appeared in a number of films, most recently in Fifty Shades of Grey and Southpaw, both released in 2015. She also recently served as a coach on The Voice UK. Rita Ora most recently released the first single from her second album, “I Will Never Let You Down.” The album is expected to release in the coming year.

For more information on booking Rita Ora, please contact Booking Entertainment. One of our top booking agents will be happy to work on your behalf to get you the best possible price to book any big name entertainer for your upcoming public, private or corporate event worldwide.

Booking Entertainment works to get the best possible Rita Ora booking fee and Rita Ora price for our clients while also providing the celebrity or famous entertainer with the level of professionalism and industry norms that they expect from an event run by a professional booking agency and production management.

Booking Entertainment uses our agency / management relationships and over 25 years of production experience to help buyers of headline / top name entertainers and does not claim or represent itself as the exclusive Rita Ora agent, manager or management company for any of the artists on our site.

Booking Entertainment does not claim or represent itself as the exclusive booking agency, business manager, publicist, speakers bureau or management for Rita Ora or any artists or celebrities on this website.