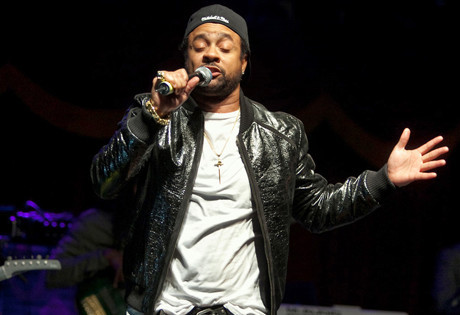 Start by filling out our no-obligation entertainment request form to check pricing and availability for Shaggy or whoever else you may want.

Our Shaggy agent will be happy to help you get Shaggy's availability and booking fee, or the price and availability for any other A-List entertainer, band, comedian or celebrity you may want for your corporate event, private party, wedding, birthday party or public show.

The artist known as Shaggy is perhaps best known for his enormous crossover success in the early 1990’s, becoming one of the most enduring and commercially successful dancehall reggae artists of the decade and beyond. Born Orville Richard Burrell in 1968 in Kingston, Jamaica, Shaggy, adopted his nickname from the famous Scooby-Doo character.  When Shaggy was eighteen, he moved to Brooklyn, New York to live with his mother, and soon after, he began performing around the area.

By 1988, however, Shaggy was in need of steady income, and so he joined the Marines. While stationed in North Carolina, he continued to write music, and whenever possible he returned to New York to record. “Man a Mi Yard” was Shaggy’s first single, released when he was twenty. “Mampie” followed, and became an enormous success with the local New Yorkers, and it seemed as though Shaggy was on his way to musical success. However, he was temporarily derailed when he was called to Kuwait for Operation Desert Storm.

Shaggy returned to the states and his music, and released “Oh Carolina,” a cover of the Folkes Brothers’ hit. Surprisingly, it was picked up by Greensleeves for release in the UK in 1992, and rocketed to the top of the UK charts. He followed up with "Nice and Lovely," and "Soon Be Done," but it was a duet with Maxi Priest for “One More Chance” that finally gave him the breakthrough he needed. Shaggy signed to Virgin Records, and his recording career officially began.

Pure Pleasures was released in 1993, and Original Doberman followed in 1994. Boombastic came next in 1995, and the title track sold over a million copies, topping the charts. The album went platinum and spent a year on the Billboard Reggae charts at number one. It also earned Shaggy a Grammy for Best Reggae Album. A string of additional albums followed over the next few years, including Midnight Lover (1997), Hot Shot (2000), Lucky Day (2002), Clothes Drop (2005), Intoxication (2007), Shaggy & Friends (2011), Rise (2012), and Out of Many, One Music (2013.) Perhaps his biggest and most iconic hit, however, is “It Wasn’t Me,” released in 2002 off the Hot Shot album. The single earned Shaggy a nomination for Best Pop Collaboration with Vocal (with Rikrok) and became his best-selling single.

Most recently, Shaggy has launched Ranch Entertainment, his own label, and he continues to write, record, perform, and tour. So far in his career, Shaggy has earned one Grammy Award (for Best Reggae Album—Bombastic), with five additional nominations. Shaggy most recently released his single, “Seasons,” featuring OMI. Later in 2017, he appeared on the Didi J single, “Say No More.”

For more information on booking Shaggy, please contact Booking Entertainment. One of our top booking agents will be happy to work on your behalf to get you the best possible price to book any big name entertainer for your upcoming public, private or corporate event worldwide.

Booking Entertainment works to get the best possible Shaggy booking fee and Shaggy price for our clients while also providing the celebrity or famous entertainer with the level of professionalism and industry norms that they expect from an event run by a professional booking agency and production management.

Booking Entertainment uses our agency / management relationships and over 25 years of production experience to help buyers of headline / top name entertainers and does not claim or represent itself as the exclusive Shaggy agent, manager or management company for any of the artists on our site.

Booking Entertainment does not claim or represent itself as the exclusive booking agency, business manager, publicist, speakers bureau or management for Shaggy or any artists or celebrities on this website.