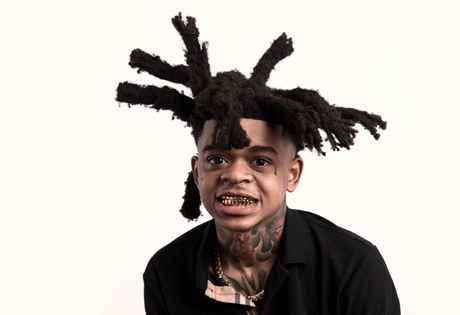 Start by filling out our no-obligation entertainment request form to check pricing and availability for SpotemGottem or whoever else you may want.

Our SpotemGottem agent will be happy to help you get SpotemGottem's availability and booking fee, or the price and availability for any other A-List entertainer, band, comedian or celebrity you may want for your corporate event, private party, wedding, birthday party or public show.

SpotemGottem os an American emcee and performer born in 2001. The Jacksonville native would release his debut single in 2018 and quickly make a name for himself in the Florida hip-hop scene. SpotemGottem would break onto the scene in 2020 with the original release of his song "Beat Box."
SpotemGottem would see great success with the song and release countless remixes. The song rose in popularity partly due to the traction generated on the social media platform TikTok. SpotemGottem would be featured in several major publications including The Source, XXL Magazine, and Complex. He would release his debut album later that year entitled Final Destination, and the sequel, Most Wanted, would release the following summer.
SpotemGottem’s debut EP would be met with great success while his first two full-length projects peaked at #70 and #103 on the Billboard 200 chart, respectively. His hit single "Beat Box," would peak at #6 on the rap charts and #12 on the Hot 100 chart. SpotemGottem would remix the song heavily and label it as a continuation, so versions exist with fellow rappers Pooh Shiesty, DaBaby, Polo G, and more.
SpotemGottem recently released his new single "Federal" to critical acclaim and praise from fans.

For more information on booking SpotemGottem, please contact Booking Entertainment. One of our top booking agents will be happy to work on your behalf to get you the best possible price to book any big name entertainer for your upcoming public, private or corporate event worldwide.

Booking Entertainment works to get the best possible SpotemGottem booking fee and SpotemGottem price for our clients while also providing the celebrity or famous entertainer with the level of professionalism and industry norms that they expect from an event run by a professional booking agency and production management.

Booking Entertainment uses our agency / management relationships and over 25 years of production experience to help buyers of headline / top name entertainers and does not claim or represent itself as the exclusive SpotemGottem agent, manager or management company for any of the artists on our site.

Booking Entertainment does not claim or represent itself as the exclusive booking agency, business manager, publicist, speakers bureau or management for SpotemGottem or any artists or celebrities on this website.