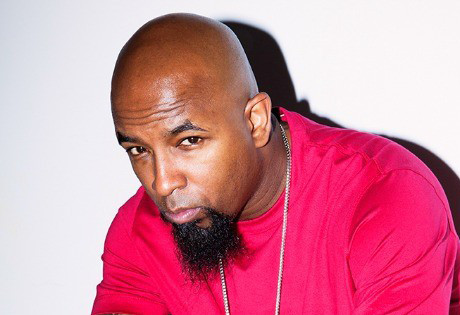 Start by filling out our no-obligation entertainment request form to check pricing and availability for Tech N9ne or whoever else you may want.

Our Tech N9ne agent will be happy to help you get Tech N9ne's availability and booking fee, or the price and availability for any other A-List entertainer, band, comedian or celebrity you may want for your corporate event, private party, wedding, birthday party or public show.

The rapper known as Tech N9ne was born in 1971 in Kansas City, Missouri. Tech N9ne began his career as a member of Black Mafia, a group established in the early 1990’s. After the group disbanded, Tech N9ne joined a number of other groups until in 2001 he released his solo debut, Anghellic.

The album experienced moderate success, as did three other albums which followed (Absolute Power, Everready, and Misery Loves Kompany.) But it was the album Killer, released in 2008, which rose to the top twenty on the charts and became the breakthrough for Tech N9ne as an artist. Since then, Tech N9ne has released the additional albums: Sickology 101 (2009), K.O.D. (2009), The Gates Mixed Plate (2010), All 6’s and 7’s (2011), Welcome to Strangeland (2011), Something Else (2013), and Strangeulation (2014), with increasing commercial success with each subsequent album.

Tech N9ne continues to write, perform, and record his own material, but he has also served as a guest artist on a number of songs by other musicians, including: “The Anthem” (with dozens of other artists, including Eminem, Kool G Rap, RZA, and Chino XL); “I Gotta Know” (with FiggKid and Redfoo); and “Rip Your Heart Out” (with Hopsin.) Hid music has also appeared in a number of films, including: Gang Related, Alpha Dog, and Born 2 Race, and on the television shows: The Hills, My Super Sweet 6, and Dark Angel. Most recently, Tech N9ne’s song “Let’s Go” was featured in ads for AXE body spray, and his music was selected for inclusion on the video games: 25 to Life, Midnight Club: Los Angeles, and Madden NFL 2006.

For more information on booking Tech N9ne, please contact Booking Entertainment. One of our top booking agents will be happy to work on your behalf to get you the best possible price to book any big name entertainer for your upcoming public, private or corporate event worldwide.

Booking Entertainment works to get the best possible Tech N9ne booking fee and Tech N9ne price for our clients while also providing the celebrity or famous entertainer with the level of professionalism and industry norms that they expect from an event run by a professional booking agency and production management.

Booking Entertainment uses our agency / management relationships and over 25 years of production experience to help buyers of headline / top name entertainers and does not claim or represent itself as the exclusive Tech N9ne agent, manager or management company for any of the artists on our site.

Booking Entertainment does not claim or represent itself as the exclusive booking agency, business manager, publicist, speakers bureau or management for Tech N9ne or any artists or celebrities on this website.