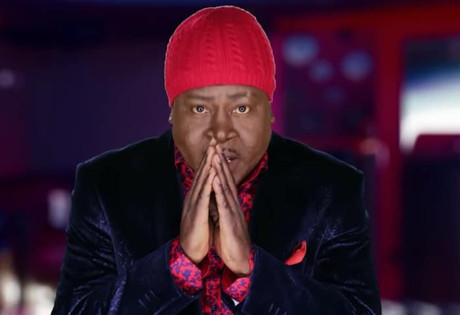 Start by filling out our no-obligation entertainment request form to check pricing and availability for Trick Daddy or whoever else you may want.

Our Trick Daddy agent will be happy to help you get Trick Daddy's availability and booking fee, or the price and availability for any other A-List entertainer, band, comedian or celebrity you may want for your corporate event, private party, wedding, birthday party or public show.

The rapper known as Trick Daddy was born Maurice Young in 1973.  Trick arrived on the music scene in 1996 with his appearance on song “Scarred,” which appeared on the Luke Campbell album Uncle Luke. When the song rose in popularity, it spawned significant recognition for Trick Daddy, who signed his first deal as a solo rap artist.

Trick Daddy’s debut album, Based on a True Story, arrived in 1997, but only enjoyed success in specific markets. But Trick’s follow-up, www.thug.com, enjoyed greater success with the hit song “Nann Nigga,” which rose to the top of the rap charts and resulted in a new recording deal with Atlantic Records.

Trick Daddy has also been featured on a number of singles in collaboration with other artists, including: “Still Ballin” (with 2Pac); “What’s Happ’nin!” (with Ying Yang Twins); “I’m So Hood” (with T-Pain and Plies); and “Out Here Grindin” (with DJ Kahled and others.) Trick has also appeared on albums for such notable artists as: Trina, Scarface, Lil Jon, Pitbull, Lil Wayne, Young Jeezy, T-Pain, Dre, Fabo, Young Jeezy, and Snoop Dogg.

In addition to his music appearances, Trick Daddy has also appeared in the film Just Another Day (2009), in which he served in the role of the drug dealer Roman. Trick’s performance was met with acclaim, and he has plans to consider other acting roles in the future. In the meantime, Trick Daddy continues to perform and record.

For more information on booking Trick Daddy, please contact Booking Entertainment. One of our top booking agents will be happy to work on your behalf to get you the best possible price to book any big name entertainer for your upcoming public, private or corporate event worldwide.

Booking Entertainment works to get the best possible Trick Daddy booking fee and Trick Daddy price for our clients while also providing the celebrity or famous entertainer with the level of professionalism and industry norms that they expect from an event run by a professional booking agency and production management.

Booking Entertainment uses our agency / management relationships and over 25 years of production experience to help buyers of headline / top name entertainers and does not claim or represent itself as the exclusive Trick Daddy agent, manager or management company for any of the artists on our site.

Booking Entertainment does not claim or represent itself as the exclusive booking agency, business manager, publicist, speakers bureau or management for Trick Daddy or any artists or celebrities on this website.