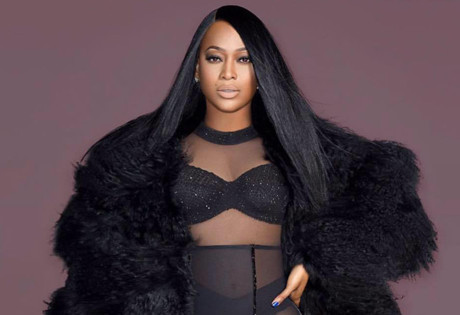 Start by filling out our no-obligation entertainment request form to check pricing and availability for Trina or whoever else you may want.

Our Trina agent will be happy to help you get Trina's availability and booking fee, or the price and availability for any other A-List entertainer, band, comedian or celebrity you may want for your corporate event, private party, wedding, birthday party or public show.

The American rapper known as Trina was born Katrina Laverne Taylor in 1978. Trina grew up in Florida, and graduated from high school in Miami. Throughout her teenage years, Trina enjoyed writing raps; eventually her talents caught the attention of Miami rapper Trick Daddy who took the aspiring rapper under his wing and helped her get her career started.

Trick Daddy featured Trina on his hit rap single “Nann Nigg” in 1998. With the success of the song, Trina’s popularity grew and eventually garnered a deal with Atlantic Records. She made her major-label album debut in 2000, with Da Baddest Bitch rising into the top twenty on the R&B/hip-hop albums charts and into the top forty on the mainstream charts in the United States. The title track also charted on the R&B/hip-hop charts, as did the follow-up single, “Pull Over.”

For her next album, Trina teamed up with legendary recording artist Miss Elliot, collaborating for a two year period between 2000 and 2002. The result, Diamond Princess, was even more successful than Da Baddest Bitch, rising into the top twenty on the mainstream charts and reaching all the way to number five on the R&B/hip-hop charts.

Since Diamond Princess, Trina has also released the additional albums: Glamorest Life (2005), Still da Baddest (2008), and Amazin’ (2010), all of which rose to the top of the R&B/hip-hop and rap charts and into the top forty on the mainstream charts. Notable singles from Trina include: “Here We Go” (featuring Kelly Rowland); “I Got a Thang for You” (featuring Keyshia Cole); and “Million Dollar Girl” (featuring Diddy.) In addition, Trina has appeared as a feature artist on a number of chart-topping hits by other musicians, including: “What’s Your Fantasy” (with Ludacris); “One Minute Man” (with Missy Elliot); “Right Thurr” (with Chingy.)

For her work so far, Trina has been recognized with nearly a dozen BET Award nominations, an American Music Award nomination, and multiple Soul Train Award nominations. Trina most recently participated in the VH1 tribute, Hip Hop Honors: All Hail The Queens, alongside Missy Elliott. Her latest EP, Dynasty 6, released on her birthday in 2016.

For more information on booking Trina, please contact Booking Entertainment. One of our top booking agents will be happy to work on your behalf to get you the best possible price to book any big name entertainer for your upcoming public, private or corporate event worldwide.

Booking Entertainment works to get the best possible Trina booking fee and Trina price for our clients while also providing the celebrity or famous entertainer with the level of professionalism and industry norms that they expect from an event run by a professional booking agency and production management.

Booking Entertainment uses our agency / management relationships and over 25 years of production experience to help buyers of headline / top name entertainers and does not claim or represent itself as the exclusive Trina agent, manager or management company for any of the artists on our site.

Booking Entertainment does not claim or represent itself as the exclusive booking agency, business manager, publicist, speakers bureau or management for Trina or any artists or celebrities on this website.