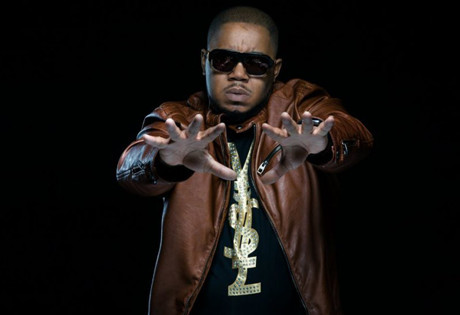 Start by filling out our no-obligation entertainment request form to check pricing and availability for Twista or whoever else you may want.

Our Twista agent will be happy to help you get Twista's availability and booking fee, or the price and availability for any other A-List entertainer, band, comedian or celebrity you may want for your corporate event, private party, wedding, birthday party or public show.

The American rapper known as Twista was born Carl Terrell Mitchell in 1973. Mitchell grew up in Chicago’s West Side, and began rapping as a teenager. Twista first entered the music scene with the self-released debut album, Runnin’ Off at da Mouth, in 1992, initially recording as Tung Twista. The album was moderately successful, but after Twista’s appearance on the hit song “Po Pimp” in 1997 (with the artist Do or Die), he finally garnered attention from major labels.

After signing with Atlantic Records, Twista entered the studio to prepare for his major label debut. The result, Adrenaline Rush, arrived in 1997 and became the artist’s first charting album, rising into the top twenty on the R&B/hip-hop charts. But it was the album Kamikaze that became Twista’s big breakthrough, reaching the number one spot on both the R&B/hip-hop charts and also the mainstream charts in the United States upon its release in 2004. The album spawned the singles “Overnight Celebrity”; “So Sexy” (featuring R. Kelly); and “Sunshine” (featuring Anthony Hamilton.) Around this time Twista also released the single “Slow Jamz,” featuring both Jamie Foxx and Kanye West, which rose to the number one spot on the R&B/hip-hop, rap, and mainstream charts.

Twista currently holds the title of “fastest rapper in the world,” according to the Guinness Book of World Records. His latest album, Dark Horse, arrived in 2014 and rose into the top ten on both the R&B/hip-hop charts and also the rap charts in the United States.

For more information on booking Twista, please contact Booking Entertainment. One of our top booking agents will be happy to work on your behalf to get you the best possible price to book any big name entertainer for your upcoming public, private or corporate event worldwide.

Booking Entertainment works to get the best possible Twista booking fee and Twista price for our clients while also providing the celebrity or famous entertainer with the level of professionalism and industry norms that they expect from an event run by a professional booking agency and production management.

Booking Entertainment uses our agency / management relationships and over 25 years of production experience to help buyers of headline / top name entertainers and does not claim or represent itself as the exclusive Twista agent, manager or management company for any of the artists on our site.

Booking Entertainment does not claim or represent itself as the exclusive booking agency, business manager, publicist, speakers bureau or management for Twista or any artists or celebrities on this website.