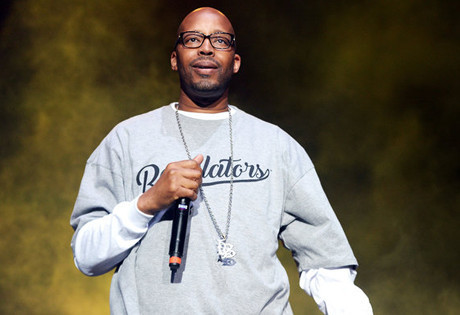 Start by filling out our no-obligation entertainment request form to check pricing and availability for Warren G or whoever else you may want.

Our Warren G agent will be happy to help you get Warren G's availability and booking fee, or the price and availability for any other A-List entertainer, band, comedian or celebrity you may want for your corporate event, private party, wedding, birthday party or public show.

The artist known as Warren G was born Warren Griffin III in 1970 in Long Beach, California. Long before Warren G experienced his big breakthrough with the hit 1994 single “Regulate,” he grew up listening to the family albums of soul, funk, and jazz. Warren’s love of music inspired him to study performance and composition throughout his formative years, eventually forming his first group, 213, alongside friends Snoop Dogg and Nate Dogg.

After Snoop and Nate left to pursue their own solo careers, Warren G decided to do the same. His earliest performances were in collaboration with or in support of other artists, such as Mista Grimm, for whom he provided vocals on the song “Indo Smoke.” The song became one of Warren G’s earliest successes after it was included in the soundtrack to the hit film Poetic Justice in 1992. But it was the single “Regulate” which rose to the top of the charts in 1994 and launched Warren G’s career, setting the stage for the multi-platinum album Regulate… G Funk Era.

In addition to his own solo work, Warren G has been a frequent contributor to tracks on songs by other artists. Warren G’s vocals can be heard on: “Prince Igor” (with The Rapsody); “All Night, All Right” (with Peter Andre); “Nobody Does It Better” (with Nate Dogg); and “Wake Up” (with Shade Sheist.) In addition, Warren G has appeared in a number of films, including Old School (2003) and All of Us (2005.)

For more information on booking Warren G, please contact Booking Entertainment. One of our top booking agents will be happy to work on your behalf to get you the best possible price to book any big name entertainer for your upcoming public, private or corporate event worldwide.

Booking Entertainment works to get the best possible Warren G booking fee and Warren G price for our clients while also providing the celebrity or famous entertainer with the level of professionalism and industry norms that they expect from an event run by a professional booking agency and production management.

Booking Entertainment uses our agency / management relationships and over 25 years of production experience to help buyers of headline / top name entertainers and does not claim or represent itself as the exclusive Warren G agent, manager or management company for any of the artists on our site.

Booking Entertainment does not claim or represent itself as the exclusive booking agency, business manager, publicist, speakers bureau or management for Warren G or any artists or celebrities on this website.