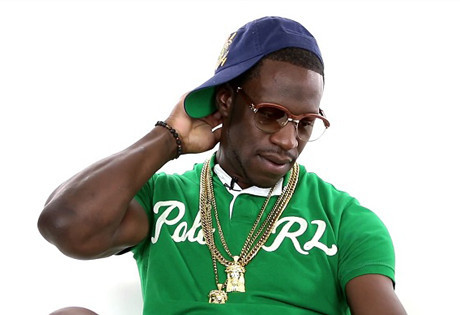 Start by filling out our no-obligation entertainment request form to check pricing and availability for Young Dro or whoever else you may want.

Our Young Dro agent will be happy to help you get Young Dro's availability and booking fee, or the price and availability for any other A-List entertainer, band, comedian or celebrity you may want for your corporate event, private party, wedding, birthday party or public show.

Atlanta rapper and T.I. protégé Young Dro decided to pursue a career in rap music in order to break the cycle of tribulations from hustling and inner-city life. Young Dro was born D'Juan Hart in Bankhead, a particularly rough neighborhood on Atlanta's west side. His inspiration for wanting to rap came from the success of one of his best friends, Chris "Daddy Mack" Smith, one half of early-'90s rap sensation Kris Kross. Musically speaking, however, Goodie Mob -- also west Atlanta natives -- had the biggest impact on him. Hart embarked on his professional career around 2000 when he signed to bass music rapper Raheem the Dream's local Atlanta label, Tight IV Life Records, under just the moniker Dro. He released the regional hit " Yes Sir" and album I Got That Dro around the same time T.I. dropped his debut, I'm Serious. Although he had known T.I. since the early '90s, they grew apart for some time. By early 2006, Young Dro was signed to T.I.'s imprint, Grand Hustle Entertainment. Backed by the self-proclaimed "King of the South" T.I. and major label Atlantic Records, Young Dro hit the ground running with the popular single "Shoulder Lean" in summer 2006. It had heavy rotation on BET and MTV2, and its cellular phone ringtone sold over 500,000 units. The hit single is featured on his major-label debut, Best Thang Smokin', released in late August the same year.

For more information on booking Young Dro, please contact Booking Entertainment. One of our top booking agents will be happy to work on your behalf to get you the best possible price to book any big name entertainer for your upcoming public, private or corporate event worldwide.

Booking Entertainment works to get the best possible Young Dro booking fee and Young Dro price for our clients while also providing the celebrity or famous entertainer with the level of professionalism and industry norms that they expect from an event run by a professional booking agency and production management.

Booking Entertainment uses our agency / management relationships and over 25 years of production experience to help buyers of headline / top name entertainers and does not claim or represent itself as the exclusive Young Dro agent, manager or management company for any of the artists on our site.

Booking Entertainment does not claim or represent itself as the exclusive booking agency, business manager, publicist, speakers bureau or management for Young Dro or any artists or celebrities on this website.