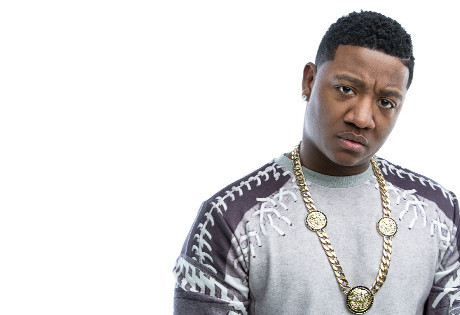 Start by filling out our no-obligation entertainment request form to check pricing and availability for Yung Joc or whoever else you may want.

Our Yung Joc agent will be happy to help you get Yung Joc's availability and booking fee, or the price and availability for any other A-List entertainer, band, comedian or celebrity you may want for your corporate event, private party, wedding, birthday party or public show.

The American rapper known as Yung Joc was born Jasiel Amon Robinson. Yung Joc rose to prominence after a chance meeting with Atlanta producer Nitti Beatz led to the collaborative single, “It’s Going Down,” which reached the number one spot on the R&B and rap charts in the United States. The single was also a mainstream top five hit, reaching multi-platinum status and earning Yung Joc a BET Hip Hop Award for Hip-Hop Track of the Year.

After the success of “It’s Going Down,” Yung Joc signed with Bad Boy South and released his debut album, New Joc City, in 2006. The album was a top five hit on the R&B, rap, and mainstream charts, and paved the way for the follow-up, New Hustlenomics (2007), which fared just as well. Notable rap singles from Yung Joc include “I Know You See It,” “1st Time,” “Coffee Shop,” and the collaboration “Buy U a Drank (Shawty Snappin’),” featuring T-Pain, which became a mainstream number one hit.

In addition to the BET Award for “It’s Goin’ Down,” Yung Joc has so far been nominated for five other BET Awards, three Billboard Music Awards, and a Grammy Award nomination for Best Rap Song (for “It’s Goin’ Down.”) Yung Joc continues to perform and record, and in 2014, he joined the VH1 reality series Love & Hip Hop: Atlanta.

For more information on booking Yung Joc, please contact Booking Entertainment. One of our top booking agents will be happy to work on your behalf to get you the best possible price to book any big name entertainer for your upcoming public, private or corporate event worldwide.

Booking Entertainment works to get the best possible Yung Joc booking fee and Yung Joc price for our clients while also providing the celebrity or famous entertainer with the level of professionalism and industry norms that they expect from an event run by a professional booking agency and production management.

Booking Entertainment uses our agency / management relationships and over 25 years of production experience to help buyers of headline / top name entertainers and does not claim or represent itself as the exclusive Yung Joc agent, manager or management company for any of the artists on our site.

Booking Entertainment does not claim or represent itself as the exclusive booking agency, business manager, publicist, speakers bureau or management for Yung Joc or any artists or celebrities on this website.