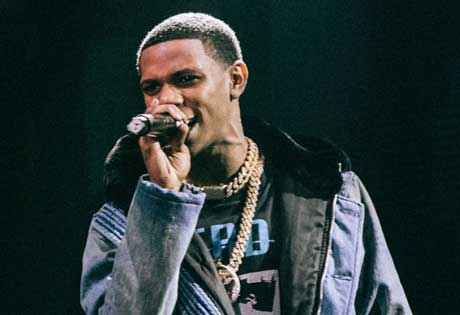 Start by filling out our no-obligation entertainment request form to check pricing and availability for A Boogie wit da Hoodie or whoever else you may want.

A Boogie wit da Hoodie is an American rapper born Artist Julius Dubose in 1995. He was born in the Bronx and raised in the Highbridge section of New York City. At age 12 he began listening to rap music and attended Eagle Academy where he started writing his own material. He sold drugs to get by and at age 16 his parents sent him to Florida once they were made aware. He graduated from Preparatory Academy and was kept under house arrest while he began working on an amateur studio. In 2015 he moved back to New York to pursue a career in music and released his debut project Artist the next year and garnered some critical attention. A Boogie released another project that year with fellow rapper Don Q and caught the attention of Drake who brought him out for three dates on the Summer Sixteen Tour.

A Boogie’s debut EP TBA charted on the Billboard 200 chart. He was quickly named to the 2017 XXL Freshman Class and released his debut album The Bigger Artist after signing with Atlantic. The lead single, “Drowning” with Kodak Black, garnered great critical acclaim and success. He later worked with rapper 6ix9ine on a handful of tracks before dropping his second album Hoodie SZN in late 2018. In 2019, A Boogie was featured on numerous records and would work towards his third project.

A Boogie recently dropped “Reply” with rapper Lil Uzi Vert to much success as he prepares for his third album, Artist 2.0. Both “Reply” and his lead single “Mood Swings” have charted on the Hot 100, peaking at #49 and #76, respectively.

For more information on booking A Boogie wit da Hoodie, please contact Booking Entertainment. One of our top booking agents will be happy to work on your behalf to get you the best possible price to book any big name entertainer for your upcoming public, private or corporate event worldwide.

Booking Entertainment uses our agency / management relationships and over 25 years of production experience to help buyers of headline / top name entertainers and does not claim or represent itself as the exclusive A Boogie wit da Hoodie agent, manager or management company for any of the artists on our site.

Booking Entertainment does not claim or represent itself as the exclusive booking agency, business manager, publicist, speakers bureau or management for A Boogie wit da Hoodie or any artists or celebrities on this website.