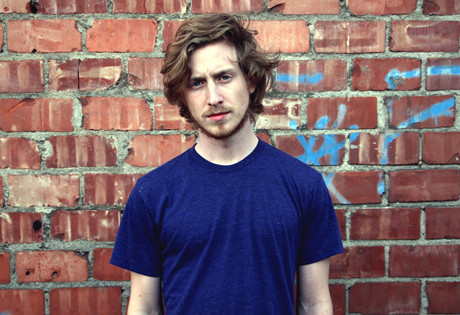 Start by filling out our no-obligation entertainment request form to check pricing and availability for Asher Roth or whoever else you may want.

Our Asher Roth agent will be happy to help you get Asher Roth's availability and booking fee, or the price and availability for any other A-List entertainer, band, comedian or celebrity you may want for your corporate event, private party, wedding, birthday party or public show.

Asher Roth is a white suburban rapper who broke through to mainstream success in 2009 with his commercial debut single, "I Love College." Born on August 11, 1985, in Morrisville, PA, a predominantly white suburban community of 10,000 people located northeast of Philadelphia, he began rapping as a high-school teenager and later began to develop a fan base while attending West Chester University, thanks largely to social networking websites such as MySpace and Facebook. His early releases include the 2006 mixtape album Believe the Hype. Rap industry businessmen Scooter Braun (of the label Schoolboy Music) and Steve Rifkind (SRC Records) took notice of his talent and signed him to a major-label recording contract with Universal Music Group. In 2008 Roth began drumming up interest in himself on the underground rap scene with The Greenhouse Effect Mixtape. Hosted by Don Cannon and DJ Drama of the renowned Gangsta Grillz mixtape series, The Greenhouse Effect Mixtape was released online as a free download on The Daily Kush, a multimedia blog set up to promote Roth. In 2009 he released his commercial debut single, "I Love College," a party rap novelty hit that went all the way to number 12 on the Billboard Hot 100. On the heels of this mainstream breakthrough hit and the follow-up single, "Lark on My Go Kart," Roth released his full-length solo album debut, Asleep in the Bread Aisle (2009). Produced primarily by newcomer Oren Yoel, Asleep in the Bread Aisle was greeted with mixed reviews, most of which addressed the inevitable comparisons drawn between Roth and Eminem (a matter addressed by the rapper himself on the album track "As I Em").

For more information on booking Asher Roth, please contact Booking Entertainment. One of our top booking agents will be happy to work on your behalf to get you the best possible price to book any big name entertainer for your upcoming public, private or corporate event worldwide.

Booking Entertainment works to get the best possible Asher Roth booking fee and Asher Roth price for our clients while also providing the celebrity or famous entertainer with the level of professionalism and industry norms that they expect from an event run by a professional booking agency and production management.

Booking Entertainment uses our agency / management relationships and over 25 years of production experience to help buyers of headline / top name entertainers and does not claim or represent itself as the exclusive Asher Roth agent, manager or management company for any of the artists on our site.

Booking Entertainment does not claim or represent itself as the exclusive booking agency, business manager, publicist, speakers bureau or management for Asher Roth or any artists or celebrities on this website.