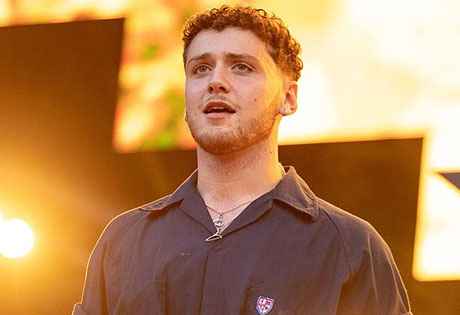 Start by filling out our no-obligation entertainment request form to check pricing and availability for Bazzi or whoever else you may want.

Our Bazzi agent will be happy to help you get Bazzi's availability and booking fee, or the price and availability for any other A-List entertainer, band, comedian or celebrity you may want for your corporate event, private party, wedding, birthday party or public show.

The American rapper, songwriter, and producer known as Bazzi was born Andrew Bazzi in 1997 in Michigan. Bazzi learned to play the guitar and Arabic oud as a child, encouraged by his Lebanese father. It quickly became apparent that he possessed natural musical talent, and so by the time he was a teenager Bazzi had started to post his own covers of songs to YouTube. After graduating from high school, Bazzi settled in Los Angeles so that he could focus more fully on a career in music.

Bazzi originally became known through his Vine account, which he had started as a teenager and which grew to 1.5 million followers. He self-released a half a dozen songs via social media, none of which seemed to gain any traction, until “Mine,” which he posted in 2017. An executive at Artist Partner Group (a Warner Music affiliate) heard the song and quickly signed him to a record deal. By early 2018 the single had charted on the Billboard Hot 100, setting the stage for a career which is currently on the rise.

Clearly, Bazzi is a star on the rise and one to watch in the coming years. He recently released his debut mixtape, Soul Searching (2019), which features the songs “Paradise” and “Focus,” the later recorded with 21 Savage.

For more information on booking Bazzi, please contact Booking Entertainment. One of our top booking agents will be happy to work on your behalf to get you the best possible price to book any big name entertainer for your upcoming public, private or corporate event worldwide.

Booking Entertainment works to get the best possible Bazzi booking fee and Bazzi price for our clients while also providing the celebrity or famous entertainer with the level of professionalism and industry norms that they expect from an event run by a professional booking agency and production management.

Booking Entertainment uses our agency / management relationships and over 25 years of production experience to help buyers of headline / top name entertainers and does not claim or represent itself as the exclusive Bazzi agent, manager or management company for any of the artists on our site.

Booking Entertainment does not claim or represent itself as the exclusive booking agency, business manager, publicist, speakers bureau or management for Bazzi or any artists or celebrities on this website.