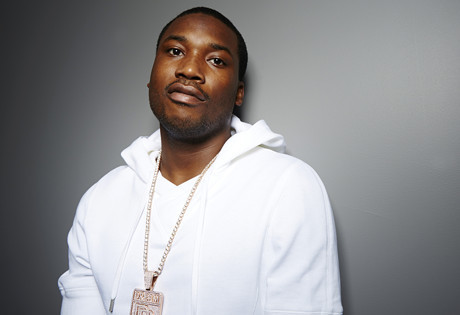 Start by filling out our no-obligation entertainment request form to check pricing and availability for Meek Mill or whoever else you may want.

Our Meek Mill agent will be happy to help you get Meek Mill's availability and booking fee, or the price and availability for any other A-List entertainer, band, comedian or celebrity you may want for your corporate event, private party, wedding, birthday party or public show.

The American hip hop artist known as Meek Mill was born Robert Tihmeek Williams in 1987 in South Philadelphia. Meek lost his father during an attempted robbery when he was very young, and his mother struggled to make ends meet for the family. Mill was influenced by the Philadelphia hip-hop scene as a child, idolizing such performers as Will Smith and the independent artist Chic Raw. As a teenager, Meek began to perform and compete in rap battles, eventually joining the group The Bloodhoundz.

While performing as a member of The Bloodhoundz, Meek Mill continued to write and record his own music, releasing multiple mixtapes in the late 2000’s. By 2011, he’d released his debut singles, “Tupac Back” and “Ima Boss,” both of which garnered him significant attention and praise from influential outlets such as MTV. After signing with Warner Bros. Records, Mill entered the studio to prepare for his debut album.

The result, Dreams & Nightmares, arrived in 2012 and rose to not only the number one spot on the R&B charts and the US rap charts, but also to the number two spots on the mainstream charts. The album was followed by Dreams Worth More Than Money, which reached the number one spot on the mainstream, rap, and R&B charts upon its release in 2015. Notable singles from Meek Mill so far include: “House Party,” “I Don’t Know,” “Monster,” “ R.I.C.O.,” “Litty,” the number one single “All Eyes On You” (featuring Nicki Minaj and Chris Brown), and the controversial song “Amen.” Meek Mill has also lent his vocals to the hit songs “Bag of Money” (recorded with Wale, Rick Ross, and T-Pain) and “They Don’t Love You No More” (recorded with DJ Khaled, Jay Z, and French Montana.)

Meek Mill continues to perform and record and is enjoying a career on the rise. He recently established his own record label, Dream Chasers Records, named after a series of mixtapes released early in his career.

For more information on booking Meek Mill, please contact Booking Entertainment. One of our top booking agents will be happy to work on your behalf to get you the best possible price to book any big name entertainer for your upcoming public, private or corporate event worldwide.

Booking Entertainment works to get the best possible Meek Mill booking fee and Meek Mill price for our clients while also providing the celebrity or famous entertainer with the level of professionalism and industry norms that they expect from an event run by a professional booking agency and production management.

Booking Entertainment uses our agency / management relationships and over 25 years of production experience to help buyers of headline / top name entertainers and does not claim or represent itself as the exclusive Meek Mill agent, manager or management company for any of the artists on our site.

Booking Entertainment does not claim or represent itself as the exclusive booking agency, business manager, publicist, speakers bureau or management for Meek Mill or any artists or celebrities on this website.