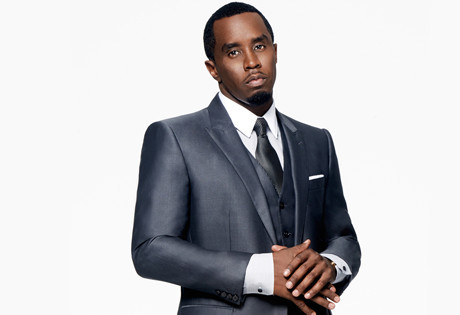 Start by filling out our no-obligation entertainment request form to check pricing and availability for Diddy or whoever else you may want.

Our Diddy agent will be happy to help you get Diddy's availability and booking fee, or the price and availability for any other A-List entertainer, band, comedian or celebrity you may want for your corporate event, private party, wedding, birthday party or public show.

The artist known as Diddy, P.Diddy, or sometimes Puff Daddy, was born Sean John Combs in 1969 in Harlem, New York. Despite the tragic loss of his father when he was still a child, and a rather rough upbringing, Combs found solace in sports and music as a teenager.

After leaving Howard University in the late 1980’s, Sean Combs began working at Uptown Records, often alongside some of music’s most notable rap, R&B, and hip-hop stars. After leaving the label, Sean established his own label, Bad Boy Records, and began producing music for artists such as Notorious B.I.G., Mariah Carey, Usher, Boyz II Men, and Lil’ Kim.

By the late 1990’s, Combs was ready to begin recording and releasing his own material, and re-named himself “Puff Daddy,” which eventually evolved into the moniker by which he most frequently known today, Diddy. Diddy’s debut single, “Can’t Nobody Hold Me Down,” arrived in 1997 ad rose to the top of the Billboard charts, reaching the number one spot. The debut album No Way Out followed, and on the strength of the iconic tribute to Notorious B.I.G., “I’ll Be Missing You,” the album became a smash hit, spawning the additional hit songs “Victory,” “It’s All About the Benjamins,” and “Been Around the World.” Ultimately, No Way Out earned Diddy the Grammy for Best Rap Album, launching a career which would take the artist into the next decade.

Since then, Diddy has been an unstoppable force and among the most recognizable artists in music. His additional albums Forever (1999), The Saga Continues… (2001), We Invented the Remix (2002), Press Play (2006), and Last Train to Paris (2010) earned him Grammys in the categories of Best Rap Album and Best Rap Performance by a Duo or Group multiple times.  In addition to his work in music, Diddy has appeared in the films Made (2001), Monster’s Ball (2001), Get him to the Greek (2010), and Draft Day (2014.) He also won the Academy Award as the producer of Undefeated, the Best Documentary Feature of 2012.

Diddy is well-known as both entrepreneur and philanthropist, launching his own clothing line and establishing two restaurants. His charitable endeavors include support of his own Daddy’s House Social Programs, which seeks to help improve the lives of inner-city kids.

For more information on booking Diddy, please contact Booking Entertainment. One of our top booking agents will be happy to work on your behalf to get you the best possible price to book any big name entertainer for your upcoming public, private or corporate event worldwide.

Booking Entertainment works to get the best possible Diddy booking fee and Diddy price for our clients while also providing the celebrity or famous entertainer with the level of professionalism and industry norms that they expect from an event run by a professional booking agency and production management.

Booking Entertainment uses our agency / management relationships and over 25 years of production experience to help buyers of headline / top name entertainers and does not claim or represent itself as the exclusive Diddy agent, manager or management company for any of the artists on our site.

Booking Entertainment does not claim or represent itself as the exclusive booking agency, business manager, publicist, speakers bureau or management for Diddy or any artists or celebrities on this website.