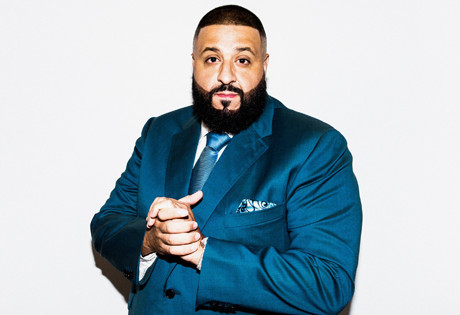 Start by filling out our no-obligation entertainment request form to check pricing and availability for DJ Khaled or whoever else you may want.

Our DJ Khaled agent will be happy to help you get DJ Khaled's availability and booking fee, or the price and availability for any other A-List entertainer, band, comedian or celebrity you may want for your corporate event, private party, wedding, birthday party or public show.

The producer and DJ known as DJ Khaled was born Khaled Mohamed Khaled in 1975 in New Orleans, Louisiana. Khaled was raised in a devout Muslim household, and was influenced by his Palestinian parents, who themselves were musicians. As a young child, Khaled developed an interest in New Orleans soul and rap music, eventually getting a part-time job at a local record store to provide access to an even wider variety of music.

DJ Khaled performed in various dancehalls in the mid 1990’s, until he began co-hosting WEDR’s radio show The Luke show (alongside 2 Live Crew’s Luther Campbell) in 1998. A few years later, he began hosting his own weeknight radio show on the station, until in the mid 2000’s he decided to pursue a career as a musician in his own right more seriously.

DJ Khaled released his debut album, Listennn…. The Album, in 2006, via Koch Records. The album was an immediate success, rising into the top ten on the mainstream charts in the United States and also into the top five on the R&B/hip-hop and rap charts. Since that time, DJ Khaled has released nearly an album every year, including the top ten mainstream albums: We the Best (2007), We Global (2008), We the Best Forever (2011), Kiss the Ring (2012), and Suffering from Success (2013.) Notable singles from the years 2007 to 2015 include: “Holla at Me,” “We Takin’ Over,” “I’m So Hood,” “Out Here Grindin,” “Go Hard,” “All I Do Is Win,” and “I’m On One,” which featured Rick Ross, Drake, & Lil Wayne and earned DJ Khaled a Grammy nomination for Best Rap/Song Collaboration.

In 2016, DJ Khaled scored his first number one album, Major Key; the album reached the number one spot not only on the rap and R&B/hip-hop charts, but also on the mainstream charts in the United States and earned DJ Khaled a second Grammy award nomination, this time for Best Rap Album. Notable singles from Major Key include “For Free,” “I Got the Keys,” “Do You Mind,” and the international number one hit, “I’m the One,” featuring Justin Bieber, Quavo, and Chance the Rapper.

DJ Khaled recently announced his tenth studio album, set to release later in 2017. The first single from the album, “Shining,” (featuring Beyonce and Jay Z), arrived in February of 2017 and rose to the number four spot on the mainstream charts.

For more information on booking DJ Khaled, please contact Booking Entertainment. One of our top booking agents will be happy to work on your behalf to get you the best possible price to book any big name entertainer for your upcoming public, private or corporate event worldwide.

Booking Entertainment works to get the best possible DJ Khaled booking fee and DJ Khaled price for our clients while also providing the celebrity or famous entertainer with the level of professionalism and industry norms that they expect from an event run by a professional booking agency and production management.

Booking Entertainment uses our agency / management relationships and over 25 years of production experience to help buyers of headline / top name entertainers and does not claim or represent itself as the exclusive DJ Khaled agent, manager or management company for any of the artists on our site.

Booking Entertainment does not claim or represent itself as the exclusive booking agency, business manager, publicist, speakers bureau or management for DJ Khaled or any artists or celebrities on this website.