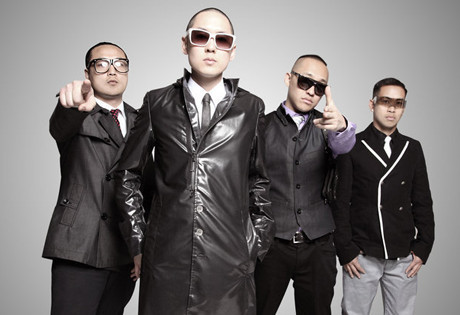 Start by filling out our no-obligation entertainment request form to check pricing and availability for Far East Movement or whoever else you may want.

Our Far East Movement agent will be happy to help you get Far East Movement's availability and booking fee, or the price and availability for any other A-List entertainer, band, comedian or celebrity you may want for your corporate event, private party, wedding, birthday party or public show.

The Asian-American hip hop group known as Far East Movement was established in Los Angeles in 2003 by founding members DJ Virman, Prohgress, and Kev Nish. The three musicians grew up together in the downtown area and began performing together while still in school. By the time they were in their early twenties, they’d official formed as Far East Movement, and in 2006, the trio released their debut album, Folk Music.

Folk Music didn’t chart at first, but the group earned a big boost when the album’s single, “Round Round,” was included in the film The Fast and the Furious: Tokyo Drift. Two years later, they provided the sound “Satisfaction” for the film Finishing the Game, bringing their music to an even wider audience. Far East Movement’s second album, Animal, arrived in 2009, and for the rest of the year and into early 2010 the group had a host of singles featured on television shows, including: “Girls on the Dance Floor” (which appeared in the television show CSI: Miami and also in the film Get Him to the Greek); “Dance Like Michael Jackson” (which appeared in an episode of Gossip Girl and also Lincoln Heights); and “I Party” (which was featured on the FOX series Lie to Me.)

Since that time, Far East Movement has released the additional albums Dirty Bass (2012) and Identity (2016), featuring the additional singles “Live My Life” (with Justin Bieber), “Dirty Bass,” “Turn Up the Love,” “Change Your Live,” “The Illest,” and “Freal Luv.” Far East Movement has also featured on singles by other artists, including the international hit “Get Up (Rattle,)” with the Bingo Players.

Far East Movement continues to perform, record, tour, and collaborate with other artists on music projects. The trio most recently appeared alongside Tiffany and King Chain on the song “Don’t Speak,” which arrived in the summer of 2017.

For more information on booking Far East Movement, please contact Booking Entertainment. One of our top booking agents will be happy to work on your behalf to get you the best possible price to book any big name entertainer for your upcoming public, private or corporate event worldwide.

Booking Entertainment works to get the best possible Far East Movement booking fee and Far East Movement price for our clients while also providing the celebrity or famous entertainer with the level of professionalism and industry norms that they expect from an event run by a professional booking agency and production management.

Booking Entertainment uses our agency / management relationships and over 25 years of production experience to help buyers of headline / top name entertainers and does not claim or represent itself as the exclusive Far East Movement agent, manager or management company for any of the artists on our site.

Booking Entertainment does not claim or represent itself as the exclusive booking agency, business manager, publicist, speakers bureau or management for Far East Movement or any artists or celebrities on this website.