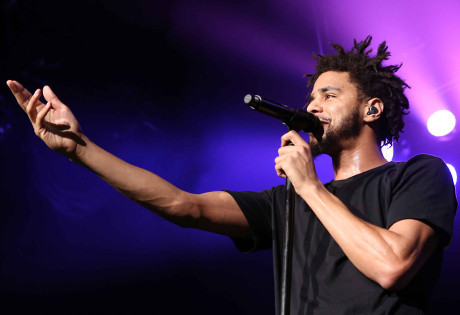 Start by filling out our no-obligation entertainment request form to check pricing and availability for J. Cole or whoever else you may want.

Our J. Cole agent will be happy to help you get J. Cole's availability and booking fee, or the price and availability for any other A-List entertainer, band, comedian or celebrity you may want for your corporate event, private party, wedding, birthday party or public show.

The American producer and musician known as J. Cole was born Jermaine Lamarr Cole in 1985 in Frankfurt, West Germany, where his family was stationed as a soldier for the United States Army. Cole’s mother is German, but after splitting with Cole’s father, she moved the family to Fayetteville, North Carolina, where Jermaine spent his formative years. Cole began rapping when he was a teenager, and by the time he had graduated high school, he had decided to move to New York to pursue a career as a musician.

While in New York, J. Cole attended St. John’s University to study communication and business, but during his entire college period he continued to write and record his own music. In 2007, J. Cole released the debut mixtape, The Come Up, which garnered him some attention and set the stage for the mixtape The Warm Up (2009) and his debut studio album, Cole World: The Sideline Story, in 2011.

Cole World rose to the top of the mainstream charts upon its release, reaching multi-platinum status and setting the stage for Born Sinner (2013) and 2014 Forest Hills Drive (2014), which earned him his first Grammy Award nomination for Best Rap Album. Notable chart-topping singles from J. Cole include: “Work Out,” “Can’t Get Enough,” “Nobody’s Perfect,” “Power Trip,” “Crooked Smile,” “She Knows,” “Apparently,” “Wet Dreamz,” and “No Role Modelz.” In addition to his Grammy Award for 2014 Forest Hills Drive, J. Cole has been recognized with five BET Hip Hop Awards (for categories such as Producer of the Year and Album of the Year) from a total of twenty-two nominations.

In addition to his accomplishments in music, J. Cole also runs his own foundation, The Dreamville Foundation, which seeks to help underprivileged and underserved youth in Fayetteville, North Carolina. As part of the foundation, Cole rents out his childhood home to single mothers and their children, cost-free, to help families get back on their feet.

J. Cole continues to perform and record. His most recent albums, 4 Your Eyez Only and Major Key, were both released in 2016.

For more information on booking J. Cole, please contact Booking Entertainment. One of our top booking agents will be happy to work on your behalf to get you the best possible price to book any big name entertainer for your upcoming public, private or corporate event worldwide.

Booking Entertainment works to get the best possible J. Cole booking fee and J. Cole price for our clients while also providing the celebrity or famous entertainer with the level of professionalism and industry norms that they expect from an event run by a professional booking agency and production management.

Booking Entertainment uses our agency / management relationships and over 25 years of production experience to help buyers of headline / top name entertainers and does not claim or represent itself as the exclusive J. Cole agent, manager or management company for any of the artists on our site.

Booking Entertainment does not claim or represent itself as the exclusive booking agency, business manager, publicist, speakers bureau or management for J. Cole or any artists or celebrities on this website.