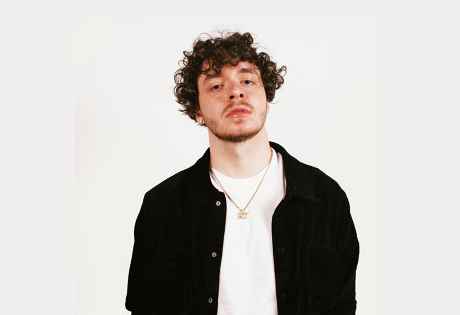 Start by filling out our no-obligation entertainment request form to check pricing and availability for Jack Harlow or whoever else you may want.

Our Jack Harlow agent will be happy to help you get Jack Harlow's availability and booking fee, or the price and availability for any other A-List entertainer, band, comedian or celebrity you may want for your corporate event, private party, wedding, birthday party or public show.

Jack Harlow is an American emcee and performer born in 1998. He was born in Shelbyville, Kentucky, and moved to Louisville when he was a teenager. Around that time Harlow began rapping, and continued progressing throughout high school while garnering attention from major labels. He would release a handful of project before turning heads with his 2017 release, Gazebo.
That year Harlow would go on a small-scale tour and move to Atlanta to pursue music. The following year he would sign with DJ Drama and Atlantic Records and release his debut label project, Loose. In 2019, Harlow’s project Confetti would draw attention on streaming platforms before he released his breakout single “Whats Poppin” at the top of 2020. The single would quickly earn him nods from major publications and a Cole Bennett-directed music video, leading into his debut album, That’s What They All Say.
“Whats Poppin” would be certified Platinum and peak at #2 on the Billboard Hot 100, as well as top 10 slots in Australia, Canada, and New Zealand. His debut major label EP, Sweet Action, would amass millions of plays across streaming services and peak at #20 on the Billboard 200 and #15 in Canada. Harlow’s debut album would peak at #5 on the Billboard 200 and earn a Gold certification. In total, four singles off the record would chart, including "Tyler Herro" and the Big Sean assisted "Way Out."
Harlow is set to go on tour for his debut album and recently was featured on fellow rapper Lil Was X’s new single, "Industry Baby." It peaked at #2 on the Billboard Hot 100 and topped the hip-hop chart.

For more information on booking Jack Harlow, please contact Booking Entertainment. One of our top booking agents will be happy to work on your behalf to get you the best possible price to book any big name entertainer for your upcoming public, private or corporate event worldwide.

Booking Entertainment works to get the best possible Jack Harlow booking fee and Jack Harlow price for our clients while also providing the celebrity or famous entertainer with the level of professionalism and industry norms that they expect from an event run by a professional booking agency and production management.

Booking Entertainment uses our agency / management relationships and over 25 years of production experience to help buyers of headline / top name entertainers and does not claim or represent itself as the exclusive Jack Harlow agent, manager or management company for any of the artists on our site.

Booking Entertainment does not claim or represent itself as the exclusive booking agency, business manager, publicist, speakers bureau or management for Jack Harlow or any artists or celebrities on this website.