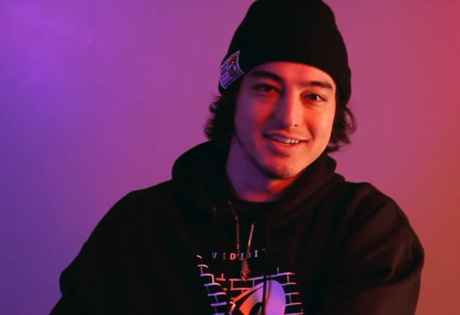 Start by filling out our no-obligation entertainment request form to check pricing and availability for Joji or whoever else you may want.

Wondering how to book Joji for your event? Let Booking Entertainment be Your entertainment booking agency for booking Joji for events worldwide.

Our Joji agent will be happy to help you get Joji's availability and booking fee, or the price and availability for any other A-List entertainer, band, comedian or celebrity you may want for your corporate event, private party, wedding, birthday party or public show.

Joji is a Japanese singer, rapper, and former Internet personality born George Kusunoki Miller in 1992. He was born and raised in Osaka, Japan, before moving to Brooklyn for college at age 18. He found great success in America on YouTube when he created the character of Filthy Frank, Joji soon found fame as his videos grew wildly popular. After starting the character in 2009 and going through many ups and downs, he ceased production in 2017. Over the course of this, he also began to create the character of Pink Guy, where he released comedy rap projects and grew a decent fan base before also ceasing that in 2017.

Joji took music more serious after stopped his YouTube projects. He signed with the label 88 Rising and after some loose singles hit the Internet is semi-secrecy, he released a number of public singles in 2017. Joji released his debut project, In Tongues, late that year under Empire. A lot of the singles charted well, and he released his second project Ballads 1 the next year, which included his breakout hit “Slow Dancing in the Dark.”

Joji is currently working on the follow-up to Ballads 1, and released the single “Sanctuary” in 2019, which peaked at #32 on the Billboard Hot 100.

For more information on booking Joji, please contact Booking Entertainment. One of our top booking agents will be happy to work on your behalf to get you the best possible price to book any big name entertainer for your upcoming public, private or corporate event worldwide.

Booking Entertainment works to get the best possible Joji booking fee and Joji price for our clients while also providing the celebrity or famous entertainer with the level of professionalism and industry norms that they expect from an event run by a professional booking agency and production management.

Booking Entertainment uses our agency / management relationships and over 25 years of production experience to help buyers of headline / top name entertainers and does not claim or represent itself as the exclusive Joji agent, manager or management company for any of the artists on our site.

Booking Entertainment does not claim or represent itself as the exclusive booking agency, business manager, publicist, speakers bureau or management for Joji or any artists or celebrities on this website.