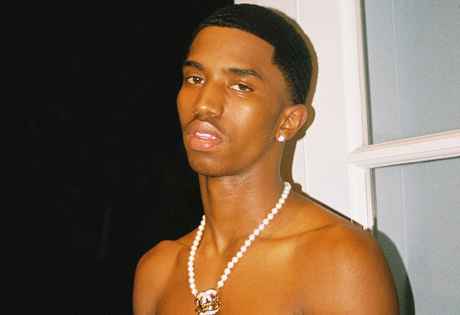 Start by filling out our no-obligation entertainment request form to check pricing and availability for King Combs or whoever else you may want.

Our King Combs agent will be happy to help you get King Combs's availability and booking fee, or the price and availability for any other A-List entertainer, band, comedian or celebrity you may want for your corporate event, private party, wedding, birthday party or public show.

King Combs is an American rapper and performer born in 1998. The Los Angeles native is the son of renowned rapper Sean Combs, also known as P Diddy. After growing up involved in the hip-hop scene via his father, Combs would pursue music in 2016 after signing with Diddy’s label, Bad Boy Entertainment.
King Combs would release his debut single the following year. The following year his collaboration with singer Chris Brown, "Love Me Better," would help him break out onto the scene as it was streamed tens of millions of times across a variety of platforms. King Combs would release his debut EP after the single and see critical acclaim and praise from fans. He has continued to release a steady stream of singles while working heavily with New York City rappers.
Combs has been featured in several major publications including Billboard, Complex, and Revolt TV, among others. His music has been streamed over eight million times on Spotify alone, and he has over one hundred thousand subscribers on his YouTube channel. King Combs collaboration with the late rapper Pop Smoke, "Diana," would peak at $42 on the hip-hop charts and #76 on the Billboard Hot 100 chart.
King Combs has recently collaborated with fellow musicians such as Jeremih and Future, with his latest single earning over five million plays across a variety of streaming platforms.

For more information on booking King Combs, please contact Booking Entertainment. One of our top booking agents will be happy to work on your behalf to get you the best possible price to book any big name entertainer for your upcoming public, private or corporate event worldwide.

Booking Entertainment works to get the best possible King Combs booking fee and King Combs price for our clients while also providing the celebrity or famous entertainer with the level of professionalism and industry norms that they expect from an event run by a professional booking agency and production management.

Booking Entertainment uses our agency / management relationships and over 25 years of production experience to help buyers of headline / top name entertainers and does not claim or represent itself as the exclusive King Combs agent, manager or management company for any of the artists on our site.

Booking Entertainment does not claim or represent itself as the exclusive booking agency, business manager, publicist, speakers bureau or management for King Combs or any artists or celebrities on this website.