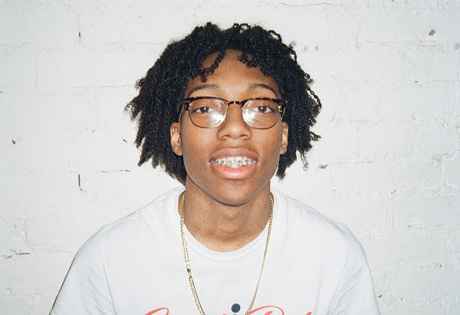 Start by filling out our no-obligation entertainment request form to check pricing and availability for Lil Tecca or whoever else you may want.

Our Lil Tecca agent will be happy to help you get Lil Tecca's availability and booking fee, or the price and availability for any other A-List entertainer, band, comedian or celebrity you may want for your corporate event, private party, wedding, birthday party or public show.

Lil Tecca is an American rapper born Tyler-Justin Anthony Sharpe in 2002. He was born in Queens, New York, but would later relocate to Long Island. He originally had a dream of being in the NBA, but by age 12 he fully pursued music as his sole passion. He would rap for friends over Xbox making diss tracks, but in middle school shifted the focus to a more serious note. Lil Tecca would release his first track of note, “tectri,” in early 2017.

Tecca would release more singles such as “Callin’,” “My Time,” and “Rags to Riches” in 2018. He then released his hit single “Ransom” in 2019 and had a Cole Bennett directed music video for the song drop in tandem with it. The song has been the biggest of Tecca’s career the far and led him to release his debut mixtape toward the end of the summer.

Lil Tecca’s debut project We Love You Tecca debuted at #4 on the Billboard 200 and charted well in Canada and the United Kingdom as well. He works towards his debut album in 2020 under Republic.

For more information on booking Lil Tecca, please contact Booking Entertainment. One of our top booking agents will be happy to work on your behalf to get you the best possible price to book any big name entertainer for your upcoming public, private or corporate event worldwide.

Booking Entertainment works to get the best possible Lil Tecca booking fee and Lil Tecca price for our clients while also providing the celebrity or famous entertainer with the level of professionalism and industry norms that they expect from an event run by a professional booking agency and production management.

Booking Entertainment uses our agency / management relationships and over 25 years of production experience to help buyers of headline / top name entertainers and does not claim or represent itself as the exclusive Lil Tecca agent, manager or management company for any of the artists on our site.

Booking Entertainment does not claim or represent itself as the exclusive booking agency, business manager, publicist, speakers bureau or management for Lil Tecca or any artists or celebrities on this website.