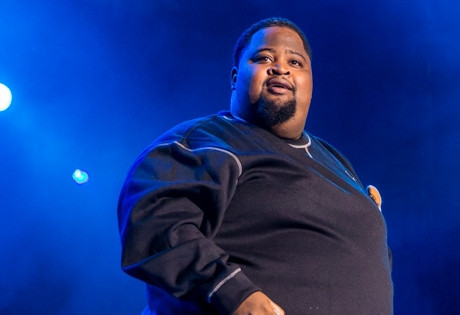 Start by filling out our no-obligation entertainment request form to check pricing and availability for Lunchmoney Lewis or whoever else you may want.

Our Lunchmoney Lewis agent will be happy to help you get Lunchmoney Lewis's availability and booking fee, or the price and availability for any other A-List entertainer, band, comedian or celebrity you may want for your corporate event, private party, wedding, birthday party or public show.

The American rapper and producer known as Lunchmoney Lewis was born Gamal Lewis in 1988 in Florida. Lewis grew up in the Miami area, where he was heavily influenced by his father and uncle, who were active participants in the area’s Jamaican reggae scene. Both men worked at the Circle House recording studio, and so young Gamal was exposed to the art of such notable artists as Flo Rida and Lil Wayne from a very early age.

After adopting the moniker Lunchmoney Lewis, Gamal began working with producer Dr. Luke to record his own music. Early singles from Lunchmoney include the song “Burnin’ Up,” which he co-wrote and recorded with Jessie Je, and the single “Bo$$,” recorded with Fifth Harmony for their album Reflection. After a few years, Lewis released his own debut single, “Bills,” which also became his first to reach into the mainstream charts in the United States. The single preceded the EP of the same name and the single “Whip It!,” featuring Chloe Angelides. During this time, Lewis also continued to write singles for dozens of notable artists, including Ciara, One Direction, Meghan Trainor, R. Kelly, and even Jennifer Lopez (“Ain’t Your Mama.”)

Lunchmoney Lewis is a young artist on the rise and just getting started. He recently appeared on the Andy Grammer single “Give Love,” and on the Big Boi song “All Night,” both released in late 2017. Lunchmoney entered the studio in early 2018 to being preparation for his debut album, expected to drop later in the year.

For more information on booking Lunchmoney Lewis, please contact Booking Entertainment. One of our top booking agents will be happy to work on your behalf to get you the best possible price to book any big name entertainer for your upcoming public, private or corporate event worldwide.

Booking Entertainment works to get the best possible Lunchmoney Lewis booking fee and Lunchmoney Lewis price for our clients while also providing the celebrity or famous entertainer with the level of professionalism and industry norms that they expect from an event run by a professional booking agency and production management.

Booking Entertainment uses our agency / management relationships and over 25 years of production experience to help buyers of headline / top name entertainers and does not claim or represent itself as the exclusive Lunchmoney Lewis agent, manager or management company for any of the artists on our site.

Booking Entertainment does not claim or represent itself as the exclusive booking agency, business manager, publicist, speakers bureau or management for Lunchmoney Lewis or any artists or celebrities on this website.