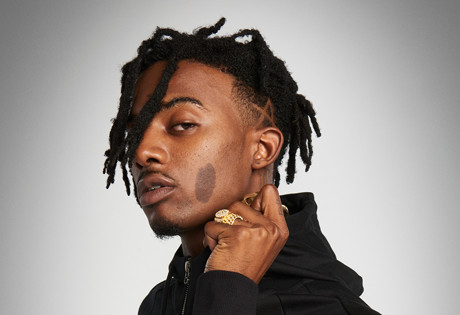 Start by filling out our no-obligation entertainment request form to check pricing and availability for Playboi Carti or whoever else you may want.

Our Playboi Carti agent will be happy to help you get Playboi Carti's availability and booking fee, or the price and availability for any other A-List entertainer, band, comedian or celebrity you may want for your corporate event, private party, wedding, birthday party or public show.

The American rapper known as Playboi Carti was born Jordan Terrell Carter in 1996 in Atlanta, Georgia. Carter spent his formative years growing up in Riverdale, where he was far more interested in music than in school; he would frequently skip classes to write and record his own music, initially doing so under the moniker “Sir Cartier.”

Playboi Carti released his first mixtape under Sir Cartier in 2012. By the time he was seventeen, he had adopted Playboi Carti as his official performance name, and by 2015, he’d risen to prominence with the song “Broke Boi,” which garnered him significant buzz. After signing with Interscope Records, Playboi Carti teamed up with some of the industry’s most notable rappers—including ASAP Rocky and Lil Uzi Vert—to record his major label debut. The result was the self-titled mixtape, Playboi Carti, which rose to the number twelve spot on the mainstream charts in the United States and into the top ten on both the R&B/hip-hop and Rap charts. The mixtape also garnered Carti significant praise from multiple industry publications, including Spin, Pitchford, and XXL.

Since his auspicious rise, Playboi Carti has become not only one of rap’s fastest rising stars, but also a fashion icon for the age. The publication GQ has tapped Carti as a “leader of youth style,” and multiple fashion lines—including Kanye West’s Yeezy Season 5 and the Adidas label—have featured the artist in their print ads. On the music front, Playboi Carti recently released his first top ten single, “Magnolia,” in 2017. He also appeared as a featured artist on the collaborative singles “RAF” (with ASAP Rocky, ASAP Rob, Lil Uzi Vert, and Frank Ocean) and “Summer Bummer” (with Lana Del Rey and ASAP Rocky.)

For more information on booking Playboi Carti, please contact Booking Entertainment. One of our top booking agents will be happy to work on your behalf to get you the best possible price to book any big name entertainer for your upcoming public, private or corporate event worldwide.

Booking Entertainment works to get the best possible Playboi Carti booking fee and Playboi Carti price for our clients while also providing the celebrity or famous entertainer with the level of professionalism and industry norms that they expect from an event run by a professional booking agency and production management.

Booking Entertainment uses our agency / management relationships and over 25 years of production experience to help buyers of headline / top name entertainers and does not claim or represent itself as the exclusive Playboi Carti agent, manager or management company for any of the artists on our site.

Booking Entertainment does not claim or represent itself as the exclusive booking agency, business manager, publicist, speakers bureau or management for Playboi Carti or any artists or celebrities on this website.