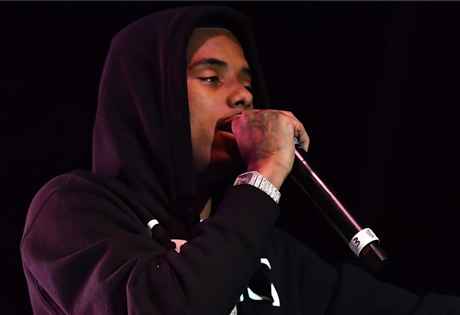 Start by filling out our no-obligation entertainment request form to check pricing and availability for Pooh Shiesty or whoever else you may want.

Our Pooh Shiesty agent will be happy to help you get Pooh Shiesty's availability and booking fee, or the price and availability for any other A-List entertainer, band, comedian or celebrity you may want for your corporate event, private party, wedding, birthday party or public show.

Pooh Shiesty is an American emcee and performer born in 1999. The Memphis native would begin making music in high and pursued it as a career after graduation, releasing his debut single in the spring of 2019. Pooh Shiesty would collaborate with artists such as Tay Keith, Lil Baby, and Big Scarr after he signed a record deal with 1017.
Pooh Shiesty would burst onto the scene in late 2020 with his single "Back in Blood," which featured rapper Lil Durk. The song and it’s accompanying music video quickly racked up millions of streams and the song saw a slight push from the social media platform TikTok. Pooh Shiesty would release his debut project, Shiesty Season, in 2021 to critical acclaim.
Shiesty’s project would earn a Gold certification from the RIAA and peak at #2 on the rap charts and #3 on the Billboard 200. His two collaborative projects with 1017 would peak at #29 and #46 on the Billboard 200, respectively. Shiesty’s record "Back in Blood" would be certified double Platinum and peak at #6 on the rap charts and #13 on the Hot 100. He has two other Gold singles, and featured on the viral song "Big Purr" with Coi Leray.
Pooh Shiesty recently release "SUVs (Black on Black)" with rapper Jack Harlow to critical acclaim and millions of streams across a variety of platforms.

For more information on booking Pooh Shiesty, please contact Booking Entertainment. One of our top booking agents will be happy to work on your behalf to get you the best possible price to book any big name entertainer for your upcoming public, private or corporate event worldwide.

Booking Entertainment works to get the best possible Pooh Shiesty booking fee and Pooh Shiesty price for our clients while also providing the celebrity or famous entertainer with the level of professionalism and industry norms that they expect from an event run by a professional booking agency and production management.

Booking Entertainment uses our agency / management relationships and over 25 years of production experience to help buyers of headline / top name entertainers and does not claim or represent itself as the exclusive Pooh Shiesty agent, manager or management company for any of the artists on our site.

Booking Entertainment does not claim or represent itself as the exclusive booking agency, business manager, publicist, speakers bureau or management for Pooh Shiesty or any artists or celebrities on this website.