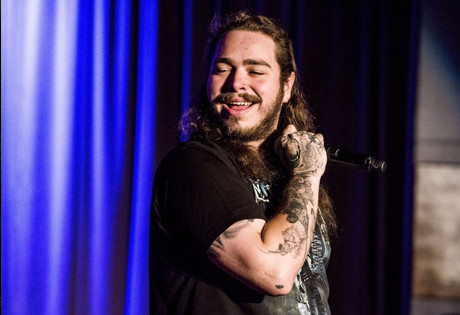 Start by filling out our no-obligation entertainment request form to check pricing and availability for Post Malone or whoever else you may want.

Our Post Malone agent will be happy to help you get Post Malone's availability and booking fee, or the price and availability for any other A-List entertainer, band, comedian or celebrity you may want for your corporate event, private party, wedding, birthday party or public show.

The American rapper known as Post Malone was born Austin Richard Post in 1995 in New York. Long before Post rose to prominence with his hit debut single, “White Iverson,” he spent his early formative years in the Syracuse area of the state. After moving to Texas when he was ten years old, Post developed an interest in guitar and music, and so he learned to play and even auditioned for his first band when he was fifteen years old.

By the time he was sixteen, Post had started producing and recording his own music, although it wasn’t until a few years later that he moved to Los Angeles to begin pursuit of a career as a musician. After adopting the moniker Post Malone, he uploaded his performance of “White Iverson” to the web, garnering millions of views on SoundCloud. The song also began to attract attention from record labels; after accepting an offer from Republic Records in 2015, Post Malone signed with the label and entered the studio to prepare for his major label debut.

Since that time, Post Malone has released his hit debut album, Stoney, which featured not only the chart-topping R&B and rap hit “White Iverson,” but also the additional singles “Too Young,” “Go Flex,” and “Déjà Vu,” which featured contributed vocals by Justin Bieber. Post Malone is currently an artist on the rise and one to watch in the near future. His latest mixtape release, August 26th, arrived in the summer of 2016. Post Malone also contributed vocals to the Kanye West single, “Fade.”

For more information on booking Post Malone, please contact Booking Entertainment. One of our top booking agents will be happy to work on your behalf to get you the best possible price to book any big name entertainer for your upcoming public, private or corporate event worldwide.

Booking Entertainment works to get the best possible Post Malone booking fee and Post Malone price for our clients while also providing the celebrity or famous entertainer with the level of professionalism and industry norms that they expect from an event run by a professional booking agency and production management.

Booking Entertainment uses our agency / management relationships and over 25 years of production experience to help buyers of headline / top name entertainers and does not claim or represent itself as the exclusive Post Malone agent, manager or management company for any of the artists on our site.

Booking Entertainment does not claim or represent itself as the exclusive booking agency, business manager, publicist, speakers bureau or management for Post Malone or any artists or celebrities on this website.