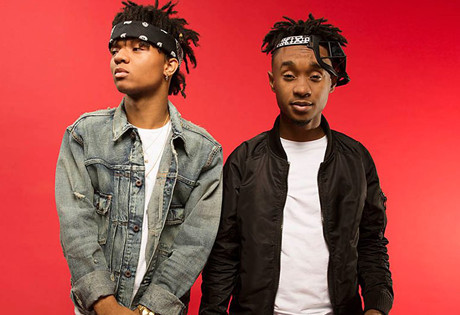 Start by filling out our no-obligation entertainment request form to check pricing and availability for Rae Sremmurd or whoever else you may want.

Our Rae Sremmurd agent will be happy to help you get Rae Sremmurd's availability and booking fee, or the price and availability for any other A-List entertainer, band, comedian or celebrity you may want for your corporate event, private party, wedding, birthday party or public show.

The American hip hop duo known as Rae Stremmurd was established in the late 2000’s by founding members and brothers Slim Jxmmi and Swae Lee. The two young men were born in the Inglewood area of California in the early 1990’s, but because of their mother’s job with the army, they moved around frequently as children based on her deployments. Eventually, they arrived in Mississippi, where they fell in love with music and learned to write, produce, and record their own material.

The brothers first established a number of small groups, releasing some singles between 2010 and 2013. In early 2014, however, they signed with EarDrummers Entertainment, first as the group Dem Outta St8 Boyz and then shortly thereafter changing their name to Rae Sremmurd. The debut album, SremmLife, followed in 2015 and rose immediately into the top five on the mainstream charts. The album spawned the hit singles “No Flex Zone,” “No Type,” “Throw Sum Mo” (featuring young Thug and Nicki Minaj), and “This Could be Us,” all of which rose into the top ten on the rap charts and into the top forty on the mainstream charts.

Since that time, Rae Sremmurd has released a follow-up album, SremmLife 2, embarked on two headlining tours, and launched their own record label, SremmLife Crew. The duo’s most recent single, “Swang,” arrived in early 2017 and was an immediate top forty mainstream hit.

For more information on booking Rae Sremmurd, please contact Booking Entertainment. One of our top booking agents will be happy to work on your behalf to get you the best possible price to book any big name entertainer for your upcoming public, private or corporate event worldwide.

Booking Entertainment works to get the best possible Rae Sremmurd booking fee and Rae Sremmurd price for our clients while also providing the celebrity or famous entertainer with the level of professionalism and industry norms that they expect from an event run by a professional booking agency and production management.

Booking Entertainment uses our agency / management relationships and over 25 years of production experience to help buyers of headline / top name entertainers and does not claim or represent itself as the exclusive Rae Sremmurd agent, manager or management company for any of the artists on our site.

Booking Entertainment does not claim or represent itself as the exclusive booking agency, business manager, publicist, speakers bureau or management for Rae Sremmurd or any artists or celebrities on this website.