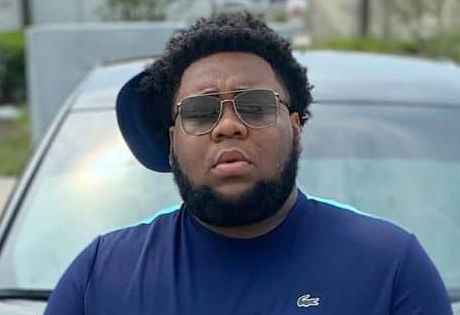 Start by filling out our no-obligation entertainment request form to check pricing and availability for Rod Wave or whoever else you may want.

Our Rod Wave agent will be happy to help you get Rod Wave's availability and booking fee, or the price and availability for any other A-List entertainer, band, comedian or celebrity you may want for your corporate event, private party, wedding, birthday party or public show.

Rod Wave is an American emcee and performer born in 1999. He was born and raised in St. Petersburg, Florida, and began experimenting with music in his childhood. Rod made a career out of it in 2017, and soon released a series of mixtapes before inking a deal with Alamo Records. His three-part Hunger Games series led into his breakout tape, PTSD, in 2019.
That project included “ Heart on Ice,” Rod’s breakout single. Due to it’s success on social media apps such as YouTube and TikTok, it would generate critical acclaim and amass millions of streams across platforms. By the time Rod Wave released his debut album, Ghetto Gospel, he was finding a home on the Billboard charts. His follow up project, Pray 4 Love, would see even better results as he was selected to the XXL Freshman class for 2020 and quickly booked slots on festival lineups such as Rolling Loud.
Rod’s debut album would be certified Gold and peak at #10 on the Billboard 200 and #5 on the Rap chart while his sophomore effort peaked at #2 on the Billboard 200 and topped the Rap chart. “ Heart on Ice” would be certified double-Platinum and peak at #25 on the Billboard Hot 100. Rod Wave has released thirteen additional songs to chart on Hot 100, including “Rags2Riches,” which would peak at #12.
Rod Wave recently released his third album, SoulFly, to critical acclaim as the record topped the charts on the Billboard 200.

For more information on booking Rod Wave, please contact Booking Entertainment. One of our top booking agents will be happy to work on your behalf to get you the best possible price to book any big name entertainer for your upcoming public, private or corporate event worldwide.

Booking Entertainment works to get the best possible Rod Wave booking fee and Rod Wave price for our clients while also providing the celebrity or famous entertainer with the level of professionalism and industry norms that they expect from an event run by a professional booking agency and production management.

Booking Entertainment uses our agency / management relationships and over 25 years of production experience to help buyers of headline / top name entertainers and does not claim or represent itself as the exclusive Rod Wave agent, manager or management company for any of the artists on our site.

Booking Entertainment does not claim or represent itself as the exclusive booking agency, business manager, publicist, speakers bureau or management for Rod Wave or any artists or celebrities on this website.