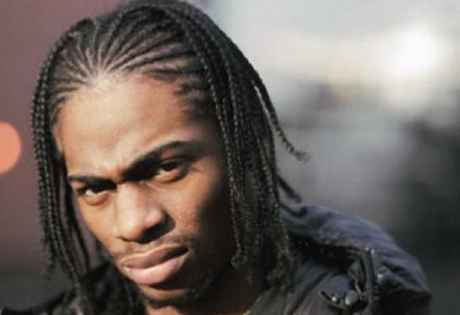 Start by filling out our no-obligation entertainment request form to check pricing and availability for Russ Millions or whoever else you may want.

Our Russ Millions agent will be happy to help you get Russ Millions's availability and booking fee, or the price and availability for any other A-List entertainer, band, comedian or celebrity you may want for your corporate event, private party, wedding, birthday party or public show.

Russ Millions is a British emcee and performer born in 1996. The Lewisham native would begin rapping in the London Underground scene for quite some time. By 2018 he had released his single "Gun Lean," which charted heavily for the young rapper and produced a dance craze across the UK. Russ would soon see his dance performed on soccer fields by some of the most notable players and gain attention from major publications.
Russ Millions would follow up the record with a collaboration with fellow Brit Tion Wayne, which saw great success. The following year, he would release his first two projects, Russ Hour and My Son: The EP, both to critical acclaim. Both Russ Millions and Wayne would see considerable in 2021 following the release of their song "Body," which garnered heavy traction due to the viral nature of the social media application TikTok.
Russ Millions has been featured in a number of major publications including Revolt, The Guardian, WorldStar HipHop, and many more. He has had six singles chart in the UK, three of which have entered the top ten at some point. "Gun Lean" would earn Russ Millions a Gold certification from BPI, and "Body" would top the UK charts as well as the charts in Australia, Ireland, New Zealand, and Sweden.
Russ Millions’ most recent single, "Big Shark," peaked at #54 on the UK charts and #90 on the Irish charts.

For more information on booking Russ Millions, please contact Booking Entertainment. One of our top booking agents will be happy to work on your behalf to get you the best possible price to book any big name entertainer for your upcoming public, private or corporate event worldwide.

Booking Entertainment works to get the best possible Russ Millions booking fee and Russ Millions price for our clients while also providing the celebrity or famous entertainer with the level of professionalism and industry norms that they expect from an event run by a professional booking agency and production management.

Booking Entertainment uses our agency / management relationships and over 25 years of production experience to help buyers of headline / top name entertainers and does not claim or represent itself as the exclusive Russ Millions agent, manager or management company for any of the artists on our site.

Booking Entertainment does not claim or represent itself as the exclusive booking agency, business manager, publicist, speakers bureau or management for Russ Millions or any artists or celebrities on this website.