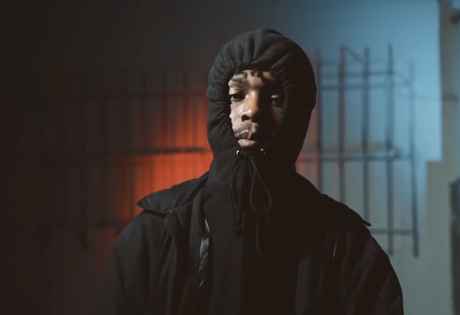 Hiring $not For Corporate Events, Appearances, Speaking Engagements and Product Endorsements Is Easy With Booking Entertainment

Booking Entertainment can also help you book $not for private virtual appearances,  live-streams or virtual shows.

Start by filling out our no-obligation entertainment request form to check pricing and availability for $not or whoever else you may want.

Wondering how to book $not for your event? Let Booking Entertainment be Your entertainment booking agency for booking $not for events worldwide.

Our $not agent will be happy to help you get $not's availability and booking fee, or the price and availability for any other A-List entertainer, band, comedian or celebrity you may want for your corporate event, private party, wedding, birthday party or public show.

$not is an American emcee and performer born in 1997. The Brooklyn native would move to Florida in his early childhood and begin his music career during the SoundCloud era of 2016. After a few years promoting himself on the platform he would release a single entitled "Gosha" in the fall of 2018, which gained him notoriety in the rap scene and attention from popular media sources and critics.

$not would continue releasing a series of singles, eventually singing a deal with 300 Entertainment. He would see his songs appear in major television programs such as Euphoria on HBO, along with music videos with the acclaimed director Cole Bennett. $not’s debut album would release in the spring of 2020, entitled - Tragedy +. His second album would release later that year, with both performing extremely well as he began to appear at various festivals and performances in 2021.

$not has been featured in several major publications including Billboard, Pitchfork, and Lyrical Lemonade, among others. His sophomore album, Beautiful Havoc, would peak at #172 on the Billboard 200 chart and also earn a popular vinyl release. $not has earned three Gold certifications from the RIAA, most notably on his song "Tell Em" with Cochise, which peaked at #64 on the Billboard Hot 100 chart.

$not is releasing his third album, Ethereal, in the first months of 2022, and is expected to do considerably well on the charts.

Hiring $not For Corporate Events, Private Parties And Public Concerts Is Easy With Booking Entertainment

For more information on booking $not, please contact Booking Entertainment. One of our top booking agents will be happy to work on your behalf to get you the best possible price to book any big name entertainer for your upcoming public, private or corporate event worldwide.

Booking Entertainment works to get the best possible $not booking fee and $not price for our clients while also providing the celebrity or famous entertainer with the level of professionalism and industry norms that they expect from an event run by a professional booking agency and production management.

Booking Entertainment uses our agency / management relationships and over 25 years of production experience to help buyers of headline / top name entertainers and does not claim or represent itself as the exclusive $not agent, manager or management company for any of the artists on our site.

Booking Entertainment does not claim or represent itself as the exclusive booking agency, business manager, publicist, speakers bureau or management for $not or any artists or celebrities on this website.