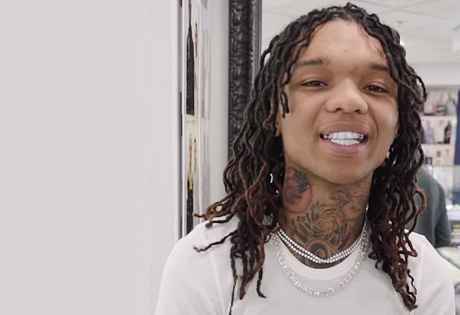 Start by filling out our no-obligation entertainment request form to check pricing and availability for Swae Lee or whoever else you may want.

Our Swae Lee agent will be happy to help you get Swae Lee's availability and booking fee, or the price and availability for any other A-List entertainer, band, comedian or celebrity you may want for your corporate event, private party, wedding, birthday party or public show.

Swae Lee is an American rapper and singer born Khalif Malik Ibn Shaman Brown in 1995. He was born in Inglewood, California, but raised in Tupelo, Mississippi. He began making music with his brother, who went by the alias Slim Jxmmi. After the duo graduated high school, they squatted in an abandoned house until they inked a deal with Mike Will Made It to his label EarDrummers as the group Rae Sremmurd. Swae Lee and his brother would release three albums: SremmLife, SremmLife 2, and SR3MM.

Swae Lee’s solo career started in 2015 with an appearance on the song “Drinks on Us” with Future and The Weeknd. In 2017, he emerged with a breakthrough hit on French Montana’s “Unforgettable,” which peaked at #3 on the Billboard Hot 100 chart. Swae Lee eventually began working on a solo projection entitled Swaecation, which was released in tandem with SR3MM and Slim Jxmmi’s debut album Jxmtro. Swae Lee continued collaborating with other artists and contributed to “Sunflower” with Post Malone, which peaked at #1 on the Billboard Hot 100.

For more information on booking Swae Lee, please contact Booking Entertainment. One of our top booking agents will be happy to work on your behalf to get you the best possible price to book any big name entertainer for your upcoming public, private or corporate event worldwide.

Booking Entertainment works to get the best possible Swae Lee booking fee and Swae Lee price for our clients while also providing the celebrity or famous entertainer with the level of professionalism and industry norms that they expect from an event run by a professional booking agency and production management.

Booking Entertainment uses our agency / management relationships and over 25 years of production experience to help buyers of headline / top name entertainers and does not claim or represent itself as the exclusive Swae Lee agent, manager or management company for any of the artists on our site.

Booking Entertainment does not claim or represent itself as the exclusive booking agency, business manager, publicist, speakers bureau or management for Swae Lee or any artists or celebrities on this website.