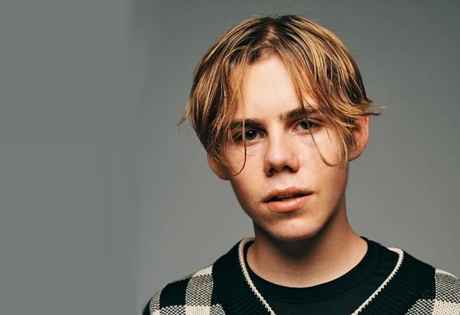 Start by filling out our no-obligation entertainment request form to check pricing and availability for The Kid Laroi or whoever else you may want.

Our The Kid Laroi agent will be happy to help you get The Kid Laroi's availability and booking fee, or the price and availability for any other A-List entertainer, band, comedian or celebrity you may want for your corporate event, private party, wedding, birthday party or public show.

The Kid Laroi is an Australian performer and entertainer born in 2003. He was born near Sydney and raised in New South Wales where he began rapping during his teenage years to deal with familial issues. The Kid Laroi would garner attention off of his debut EP, 14 With a Dream, and soon be featured on platforms like Triple J and sign a label deal with Columbia in 2019.
The Kid Laroi would receive praise from American rappers like Juice WRLD and Lil Bibby, and received support from Cole Bennett and his company, Lyrical Lemonade. By 2020, multiple songs of his had made it onto the social media platform TikTok and taken off, mainly the song “Addison Rae,” named after a popular user on the app. Laroi would cap off the summer by releasing his debut album, F*ck Love, garnering immense critical praise.
Laroi’s debut would top the charts in his home country of Australia, as well as hitting the same spot on the Canadian and American charts. He has had twenty-four songs he has been apart of chart in Australia including his single “So Done,” which peaked at #6, and "Without You" with Miley Cyrus which topped the chart. Laroi’s single “Go” with Juice WRLD would peak at #52 on the Billboard Hot 100 and be certified Platinum by the RIAA.
The Kid Laroi's latest single, “Stay" with Justin Bieber, would top the Australian charts and peak at #3 on the Billboard Hot 100 while earning a Gold certification from both the ARIA and the RIAA.

For more information on booking The Kid Laroi, please contact Booking Entertainment. One of our top booking agents will be happy to work on your behalf to get you the best possible price to book any big name entertainer for your upcoming public, private or corporate event worldwide.

Booking Entertainment works to get the best possible The Kid Laroi booking fee and The Kid Laroi price for our clients while also providing the celebrity or famous entertainer with the level of professionalism and industry norms that they expect from an event run by a professional booking agency and production management.

Booking Entertainment uses our agency / management relationships and over 25 years of production experience to help buyers of headline / top name entertainers and does not claim or represent itself as the exclusive The Kid Laroi agent, manager or management company for any of the artists on our site.

Booking Entertainment does not claim or represent itself as the exclusive booking agency, business manager, publicist, speakers bureau or management for The Kid Laroi or any artists or celebrities on this website.