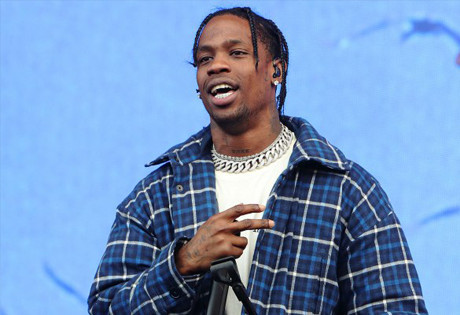 Start by filling out our no-obligation entertainment request form to check pricing and availability for Travis Scott or whoever else you may want.

Our Travis Scott agent will be happy to help you get Travis Scott's availability and booking fee, or the price and availability for any other A-List entertainer, band, comedian or celebrity you may want for your corporate event, private party, wedding, birthday party or public show.

The American hip hop recording artist known as Travis Scott was born Jacques Webster, Jr. in 1992 in Houston, Texas. Scott began to consider a career as a musician when he was a teenager, focusing on hip-hop production when he was in his mid teens in high school. In 2008, he formed his first musical partnership with a friend, even releasing some early material on MySpace under the duo’s name – The Graduates. The group The Classmates came next, formed while Travis was in his freshman year of college, but after he decided to move to New York, the group disbanded.

From New York, Travis Scott moved to Los Angeles, where a chance meeting with rapper and producer T.I. would give him his big break. Under T.I.’s support and tutelage, Travis Scott signed with Epic Records and entered the studio to record his debut album. Following the release of the successful EP, Owl Pharoah, Scott’s debut album, Rodeo, was released in 2015. Rodeo was an enormous success, rising not only to the number one spot on the US rap charts, but up to the number two spot on the R&B/hip-hop charts and also up to the number three spot on the mainstream charts.

Since Rodeo, Travis Scott has also released the album Birds in the Trap Sing McKnight (2016), which fared even better than his debut, rising to the number one spot on the rap, R&B/hip-hip, and mainstream charts. Notable singles so far from Travis Scott include: “3500” (featuring Future); “Antidote”; “Pick Up the Phone” (featuring Quavo and Young Thug); “Champions” (featuring Kanye West, Gucci Mane, and Yo Gotti); and “Goosebumps” (featuring Kendrick LaMar.) Travis Scott has also appeared as a featured artists on Wiz Khalifa’s hit rap single “Bake Sale,”  and on Drake’s song “Portland.”

Travis Scott is currently putting the finishing touches on his upcoming 2017 album, AstroWorld. He recently received his first Grammy Award nomination for his contributions to Justin Bieber’s album, Purpose, for Album of the Year.

For more information on booking Travis Scott, please contact Booking Entertainment. One of our top booking agents will be happy to work on your behalf to get you the best possible price to book any big name entertainer for your upcoming public, private or corporate event worldwide.

Booking Entertainment works to get the best possible Travis Scott booking fee and Travis Scott price for our clients while also providing the celebrity or famous entertainer with the level of professionalism and industry norms that they expect from an event run by a professional booking agency and production management.

Booking Entertainment uses our agency / management relationships and over 25 years of production experience to help buyers of headline / top name entertainers and does not claim or represent itself as the exclusive Travis Scott agent, manager or management company for any of the artists on our site.

Booking Entertainment does not claim or represent itself as the exclusive booking agency, business manager, publicist, speakers bureau or management for Travis Scott or any artists or celebrities on this website.