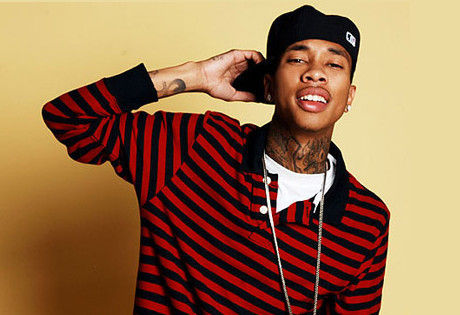 Start by filling out our no-obligation entertainment request form to check pricing and availability for Tyga or whoever else you may want.

Wondering how to book Tyga for your event? Let Booking Entertainment be Your entertainment booking agency for booking Tyga for events worldwide.

Our Tyga agent will be happy to help you get Tyga's availability and booking fee, or the price and availability for any other A-List entertainer, band, comedian or celebrity you may want for your corporate event, private party, wedding, birthday party or public show.

The rapper known as Tyga was born Micheal Ray Stevenson in 1989 in Compton, California. As a child, Tyga was influenced and inspired by rappers and musicians such as Eminem, Lil Wayne, and Cam’ron. Between 2007 and 2010, Tyga self-released a number of mixtapes and his own independent album, No Introduction. But it was the single “Deuces,” by Chris Brown and on which Tyga appears as a featured artist, that truly became Tyga’s breakthrough after its release in 2010.

“Deuces” rose to the top of the charts and also earned Tyga a Grammy nomination for Best Rap/Sung Collaboration. After signing with Universal Republic Records, Tyga released his major label album debut, Carless World: Rise of the Last King. The album featured contributions from artists such as Drake, Chris Richardson, and Lil Wayne, and was a moderate success.

Since Careless World, Tyga has released the additional albums: Hotel California (2013), The Gold Album: 18th Dynasty (2015), and Fan of a Fan: The Album, recorded with Chris Brown and also released in 2015. Notable singles from Tyga include the number one rap hit, “BedRock” (recorded with Young Money), and the top ten mainstream hit “Rack City.” So far, Tyga has been recognized with not only the Grammy Award nomination, but also nominations for multiple BET Awards, multiple World Music Awards, and an American Music Award nomination for Favorite Rap/Hip-Hop Artist.

Tyga continues to perform and record. He most recently served as an opening act for Chris Brown and Trey Songz on their “Between the Sheets” tour.

For more information on booking Tyga, please contact Booking Entertainment. One of our top booking agents will be happy to work on your behalf to get you the best possible price to book any big name entertainer for your upcoming public, private or corporate event worldwide.

Booking Entertainment works to get the best possible Tyga booking fee and Tyga price for our clients while also providing the celebrity or famous entertainer with the level of professionalism and industry norms that they expect from an event run by a professional booking agency and production management.

Booking Entertainment uses our agency / management relationships and over 25 years of production experience to help buyers of headline / top name entertainers and does not claim or represent itself as the exclusive Tyga agent, manager or management company for any of the artists on our site.

Booking Entertainment does not claim or represent itself as the exclusive booking agency, business manager, publicist, speakers bureau or management for Tyga or any artists or celebrities on this website.