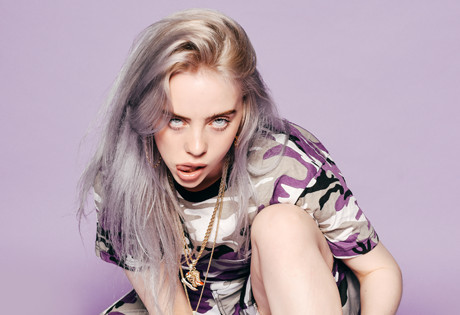 Start by filling out our no-obligation entertainment request form to check pricing and availability for Billie Eilish or whoever else you may want.

Our Billie Eilish agent will be happy to help you get Billie Eilish's availability and booking fee, or the price and availability for any other A-List entertainer, band, comedian or celebrity you may want for your corporate event, private party, wedding, birthday party or public show.

The American singer and songwriter Billie Eilish was born in 2001 in California. That Eilish would grow up to become a performer is little surprise; her entire family is comprised of actors and musicians and her parents chose to homeschool her during her upbringing to allow her time to explore music and the arts.

Billie’s earliest performances were with the Los Angeles Children’s Chorus, with which she performed during her elementary school years. By the time she reached her teen years, Eilish had started writing and performing her own songs. Alongside her siblings, she released a series of singles in 2015, but it was her solo performance of a song called “Ocean Eyes” that became a viral sensation after she posted it to SoundCloud in 2016.

After signing with Interscope Records, Billie Eilish re-released “Ocean Eyes” as her major label debut; the singles “Bellyache” and “Bored” followed, the latter of which became the soundtrack to the controversial television series, 13 Reasons Why. Netflix later released the song as part of the show’s soundtrack, just before Eilish released her debut EP, Don’t Smile at Me. The album reached into the top forty on the alternative charts in the United States.

Clearly, Billie Eilish is a rising music star destined for great achievement in the coming years. The young artist is currently preparing for her debut full-length album, scheduled for release in the coming year.

For more information on booking Billie Eilish, please contact Booking Entertainment. One of our top booking agents will be happy to work on your behalf to get you the best possible price to book any big name entertainer for your upcoming public, private or corporate event worldwide.

Booking Entertainment works to get the best possible Billie Eilish booking fee and Billie Eilish price for our clients while also providing the celebrity or famous entertainer with the level of professionalism and industry norms that they expect from an event run by a professional booking agency and production management.

Booking Entertainment uses our agency / management relationships and over 25 years of production experience to help buyers of headline / top name entertainers and does not claim or represent itself as the exclusive Billie Eilish agent, manager or management company for any of the artists on our site.

Booking Entertainment does not claim or represent itself as the exclusive booking agency, business manager, publicist, speakers bureau or management for Billie Eilish or any artists or celebrities on this website.