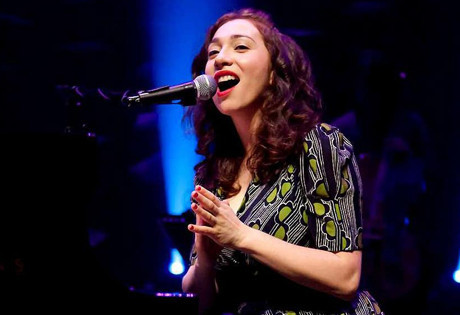 Start by filling out our no-obligation entertainment request form to check pricing and availability for Regina Spektor or whoever else you may want.

Our Regina Spektor agent will be happy to help you get Regina Spektor's availability and booking fee, or the price and availability for any other A-List entertainer, band, comedian or celebrity you may want for your corporate event, private party, wedding, birthday party or public show.

American singer and songwriter Regina Spektor was born in Russia in 1980. Today, Regina is likely best known as the composer and performer behind the main title theme for the hit television series Orange is the New Black, but long before her rise to prominence, Spektor grew up in Moscow. As a child, Regiona began to study music while still in elementary school, starting with piano lessons. After immigrating to the United States in the late 80’s, Regina continued her studies, before settling in New York City to pursue a career as a musician.

Inspired by artists such as Ani DiFranco and Joni Mitchell, Regina Spektor began writing and recording her own material. Her performances throughout the New York City area began to earn her a local following, and so she recorded and sold a series of self-released CDs during some of her performances. Eventually, her talents caught the attention of Warner Brothers, and so she signed with the label and began work on her debut album.

The result, Begin to Hope, arrived in 2001 and was a critical and commercial success, earning Spektor accolades and rising into the top twenty on the mainstream charts in the United States and reaching gold status. Spektor’s follow-up, Far (2009), was even more successful, reaching internationally into the top twenty and all the way up to the number three spot in the United States. The album What We Saw from the Cheap Seats (2012) fared just as well. Notable singles from the albums include: “On the Radio,” “Fidelity,” “Samson,” “Laughing With,” “Eet,” “No Surprises,” “All the Rowboats,” “Don’t Leave Me (Ne Me Quitte Pas.)”

In 2013, Regina Spektor was asked by the creators of a new Netflix series to craft the show’s title theme. The result, “You’ve Got Time,” is now the featured song on the hit Netflix series Orange is the New Black. The single earned Spektor a Grammy nomination for Best Song Written for Visual Media.

Regina Spektor is a star on the rise and one to continue to watch in the coming years. Her latest album, Remember Us to Life, was released in 2016.

For more information on booking Regina Spektor, please contact Booking Entertainment. One of our top booking agents will be happy to work on your behalf to get you the best possible price to book any big name entertainer for your upcoming public, private or corporate event worldwide.

Booking Entertainment works to get the best possible Regina Spektor booking fee and Regina Spektor price for our clients while also providing the celebrity or famous entertainer with the level of professionalism and industry norms that they expect from an event run by a professional booking agency and production management.

Booking Entertainment uses our agency / management relationships and over 25 years of production experience to help buyers of headline / top name entertainers and does not claim or represent itself as the exclusive Regina Spektor agent, manager or management company for any of the artists on our site.

Booking Entertainment does not claim or represent itself as the exclusive booking agency, business manager, publicist, speakers bureau or management for Regina Spektor or any artists or celebrities on this website.