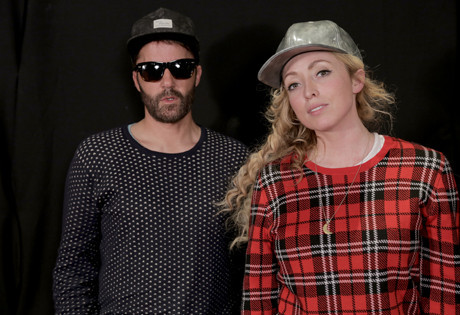 Start by filling out our no-obligation entertainment request form to check pricing and availability for The Ting Tings or whoever else you may want.

Our The Ting Tings agent will be happy to help you get The Ting Tings's availability and booking fee, or the price and availability for any other A-List entertainer, band, comedian or celebrity you may want for your corporate event, private party, wedding, birthday party or public show.

The English indie band known as the Ting Tings rose to prominence in 2008 with their highly successful debut album, We Started Nothing. But long before that number one UK hit, the band began with founding member Katie White and her early years in a girl group punk trio. After a chance meeting with fellow musician Jules De Martino, the two artists discovered mutual musical interest and influences, and so they decided to form the Ting Tings.

The Ting Tings teamed up with a local label to release their first few singles – “That’s Not My Name,” “Great DJ,” and “Fruit Machine.” Slowly, the Ting Tings began to establish a following, boosted heavily after an appearance on Later with Jools Holland in 2007. Later that year, the Ting Tings signed with Columbia Records, and entered the studio to prepare for a debut studio album.

We Started Nothing released in 2008 and on the strength of the single “That’s Not My Name,” the album rose to the number one spot on the UK albums charts, bringing the single into the top ten with it. The album brought the Ting Tings a Grammy nomination for Best New Artist, in addition to three UK Festival Awards, a Vodafone Live Music Award for Breakthrough Act, two BRIT Award nominations, and dozens of nominations from other industry awards.

For more information on booking The Ting Tings, please contact Booking Entertainment. One of our top booking agents will be happy to work on your behalf to get you the best possible price to book any big name entertainer for your upcoming public, private or corporate event worldwide.

Booking Entertainment works to get the best possible The Ting Tings booking fee and The Ting Tings price for our clients while also providing the celebrity or famous entertainer with the level of professionalism and industry norms that they expect from an event run by a professional booking agency and production management.

Booking Entertainment uses our agency / management relationships and over 25 years of production experience to help buyers of headline / top name entertainers and does not claim or represent itself as the exclusive The Ting Tings agent, manager or management company for any of the artists on our site.

Booking Entertainment does not claim or represent itself as the exclusive booking agency, business manager, publicist, speakers bureau or management for The Ting Tings or any artists or celebrities on this website.