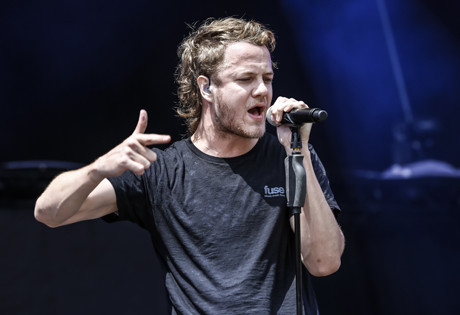 Start by filling out our no-obligation entertainment request form to check pricing and availability for Imagine Dragons or whoever else you may want.

Our Imagine Dragons agent will be happy to help you get Imagine Dragons's availability and booking fee, or the price and availability for any other A-List entertainer, band, comedian or celebrity you may want for your corporate event, private party, wedding, birthday party or public show.

The EP Imagine Dragons arrived in 2010, quickly followed by Hell and Silence (also an EP.) A third EP, It’s Time, was also released a year later before Imagine Dragons garnered the attention of major record labels and signed with Interscope Records in 2011. Imagine Dragons quickly began to build a strong fan base and garner critical acclaim from the local press. But their big breakthrough came after teaming up with renowned producer Alex Da Kid and releasing another EP, Continued Silence, which rose into the top forty on the Billboard mainstream charts. Continued Silence was followed by the single “It’s Time,” which rose even higher – into the top twenty on the mainstream charts and top ten on the alternative charts. The song garnered Imagine Dragons a nomination for Best Rock Video from the MTV Video Music Awards, and eventually was certified gold.

Imagine Dragons’ debut album, Night Visions, was a smash hit, rising all the way to number two on the mainstream charts and number on on the Alternative and Rock charts. After its release in 2012, it spawned the additional hit singles “Demons” and “Radioactive,” which both rose into the top ten on the singles charts, and Imagine Dragons earned Billboard’s recognize as The Breakout Band of 2013.

Since that time, Imagine Dragons has appeared on nearly every coveted talk show, including The Tonight Show with Jay Leno, The Late show with David Letterman, and Jimmy Kimmel Live! Imagine Dragons also recently launched a North American and European tour, reaching ticket sales placing them into top 20 Concert Tours for the year. Imagine Dragons is just getting started, and the band members have plans for additional albums, tours, and appearances.

For more information on booking Imagine Dragons, please contact Booking Entertainment. One of our top booking agents will be happy to work on your behalf to get you the best possible price to book any big name entertainer for your upcoming public, private or corporate event worldwide.

Booking Entertainment works to get the best possible Imagine Dragons booking fee and Imagine Dragons price for our clients while also providing the celebrity or famous entertainer with the level of professionalism and industry norms that they expect from an event run by a professional booking agency and production management.

Booking Entertainment uses our agency / management relationships and over 25 years of production experience to help buyers of headline / top name entertainers and does not claim or represent itself as the exclusive Imagine Dragons agent, manager or management company for any of the artists on our site.

Booking Entertainment does not claim or represent itself as the exclusive booking agency, business manager, publicist, speakers bureau or management for Imagine Dragons or any artists or celebrities on this website.