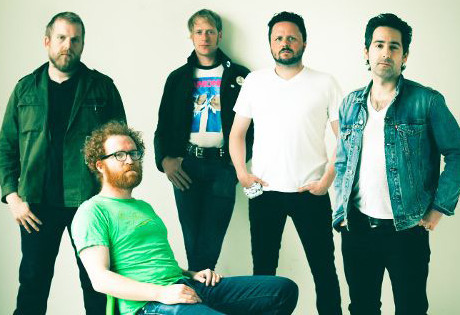 Start by filling out our no-obligation entertainment request form to check pricing and availability for Blitzen Trapper or whoever else you may want.

Our Blitzen Trapper agent will be happy to help you get Blitzen Trapper's availability and booking fee, or the price and availability for any other A-List entertainer, band, comedian or celebrity you may want for your corporate event, private party, wedding, birthday party or public show.

The experimental folk/rock band known as Blitzen Trapper was established in 2000 by founding members Marty Marquis, Michael Van Pelt, Brian Adrian Koch, Erik Menteer, and Eric Earley. Originally performing under the name Garmonbozie, Blitzen Trapper self-released material for two years before establishing themselves under their new name, releasing their first self-titled album as Blitzen Trapper in 2003, on their own record label.

But it was the album Wild Mountain Nation that earned Blitzen Trapper a nod form Rolling Stone, placing the title rack on its list of 100 Best Songs of the year. The album also earned the group acclaim from Spin Magazine and The Nerve, and ultimately earned the group a record contract with Sub Pop Records. Next came Fur, which in 2008 ranked in the top twenty on the Rolling Stone list. The albums Destroyer of the Void (2010) and American Goldwing (2011) followed, both reaching into the top twenty on the alternative and rock charts. The albums VII (2013) and All Across This Land (2015) followed, in addition to three live albums released between 2014 and 2016.

Blitzen Trapper has been on the rise now for a full decade, with no signs of slowing down. The group released their latest album, Wild & Reckless, in 2017, and will be touring into 2018 in support of the release.

For more information on booking Blitzen Trapper, please contact Booking Entertainment. One of our top booking agents will be happy to work on your behalf to get you the best possible price to book any big name entertainer for your upcoming public, private or corporate event worldwide.

Booking Entertainment works to get the best possible Blitzen Trapper booking fee and Blitzen Trapper price for our clients while also providing the celebrity or famous entertainer with the level of professionalism and industry norms that they expect from an event run by a professional booking agency and production management.

Booking Entertainment uses our agency / management relationships and over 25 years of production experience to help buyers of headline / top name entertainers and does not claim or represent itself as the exclusive Blitzen Trapper agent, manager or management company for any of the artists on our site.

Booking Entertainment does not claim or represent itself as the exclusive booking agency, business manager, publicist, speakers bureau or management for Blitzen Trapper or any artists or celebrities on this website.