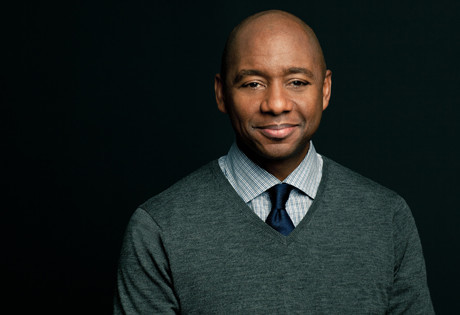 Start by filling out our no-obligation entertainment request form to check pricing and availability for Branford Marsalis or whoever else you may want.

Our Branford Marsalis agent will be happy to help you get Branford Marsalis's availability and booking fee, or the price and availability for any other A-List entertainer, band, comedian or celebrity you may want for your corporate event, private party, wedding, birthday party or public show.

Branford Marsalis was born in 1960 in Louisiana into a musically talented family; his father was a professor of music and a pianist, and he and his brothers were highly influenced by his love of music as children. Marsalis chose to attend the prestigious Berklee College of Music in the 1980’s, and while there he began performing as a sax player in a big band ensemble. From there, Branford continued to perform in a number of different groups, including one with his brother, as other opportunities for collaborative endeavors continued to grow.

In the mid-1980’s, Branford Marsalis contributed to Sting’s album The Dream of the Blue Turtles, and became a regular studio and live musician for the artist for the next two decades.  He also appeared in the film School Daze, and then in the early 1990’s, Marsalis joined the Tonight Show Band. Branford’s talent as a sax player became firmly entrenched in the American jazz scene, and by the mid 1990’s, he was one of the most sought-after performers for a number of notable musicians, including Tina Turner; Harry Connick, Jr.; Crosby, Stills, & Nash; Bela Fleck and the Flecktones; Bruce Hornsby; and even the Grateful Dead.

In the late 1990’s, Marsalis’s focus shifted to the classical, performing in his own Branford Marsalis Quartet and touring extensively.  The Quartet earned a Grammy for Best Contemporary Jazz Album in 2001, and in the year following, Branford established his own music label to further promote the genre of classical jazz, representing such notable artists as Michael Carvin, Miguel Zenon, Doug Wamble, and Alvin Batiste. He also began composing for Broadway, earning a Drama Desk Award for his work in the theater production of Fences.

Most recently, Branford Marsalis released the album Songs of Mirth and Melancholy, in collaboration with Joey Calderazzo, and the duo performed together at the Toronto Jazz Festival. He also released Four MFs Playin’ Tunes in 2012, and performed the Star Spangled Banner for the Democratic National Convention in 2012.

For more information on booking Branford Marsalis, please contact Booking Entertainment. One of our top booking agents will be happy to work on your behalf to get you the best possible price to book any big name entertainer for your upcoming public, private or corporate event worldwide.

Booking Entertainment works to get the best possible Branford Marsalis booking fee and Branford Marsalis price for our clients while also providing the celebrity or famous entertainer with the level of professionalism and industry norms that they expect from an event run by a professional booking agency and production management.

Booking Entertainment uses our agency / management relationships and over 25 years of production experience to help buyers of headline / top name entertainers and does not claim or represent itself as the exclusive Branford Marsalis agent, manager or management company for any of the artists on our site.

Booking Entertainment does not claim or represent itself as the exclusive booking agency, business manager, publicist, speakers bureau or management for Branford Marsalis or any artists or celebrities on this website.