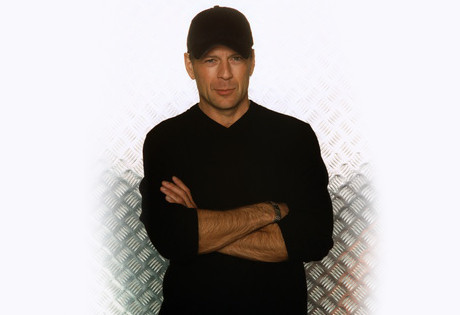 Start by filling out our no-obligation entertainment request form to check pricing and availability for Bruce Willis or whoever else you may want.

Our Bruce Willis agent will be happy to help you get Bruce Willis's availability and booking fee, or the price and availability for any other A-List entertainer, band, comedian or celebrity you may want for your corporate event, private party, wedding, birthday party or public show.

American actor and musician Bruce Willis was born in 1955 in Idar-Oberstein, Germany while his father was stationed in the country as an American soldier. After leaving the military, Willis’s brought the family to New Jersey, where Bruce spent most of his formative years. As a young child, Bruce suffered from a slight stutter, but found that the stutter disappeared during performances on stage. As a result, he sought out opportunities to work with the school drama club and frequently appeared in high school plays.

Willis at first worked a variety of jobs, including private investigator and security guard, before deciding to pursue acting as a full-time career. He began his pursuit by attending Montclair State University as a drama major, but left school before graduating to move to New York and later Los Angeles so that he could audition for more substantial roles with greater frequency. Willis’s earliest roles were on stage in various off-Broadway productions in New York, and then appearances in a number of television shows, including Miami Vice and The Twilight Zone. But it was his role on the series Moonlighting, in the role of David Addison Jr., that would become his biggest breakthrough. The role earned Bruce multiple awards, including an Emmy Award, and launched a career which has since lasted more than three decades.

Throughout the 1980’s, Bruce Willis was most closely associated with his role on Moonlighting, but he also began performing as a musician, recording a number of pop-blues albums such as The Return of Bruno (1987) and If It Don’t Kill You, It Just Makes You Stronger (1989.) He also contributed vocals to soundtracks for a number of his films, including Hudson Hawk (on the songs “Side by Side” and “Swinging on a Star.”) During this time he also appeared in films such as: Blind Date (1987), Sunset (1988), In Country (1989), and the first of the Die Hard franchises, in which he would reprise his role for Die Hard 2 (1990) and Die Hard with a Vengeance (1995.)

Most recently, Bruce Willis returned to the stage to make his Broadway debut in the current stage adaptation of Stephen King’s novel, Misery. Willis is also scheduled to appear in three movies shceulded for release in 2016: The Bombing, Going Under, and Marauders.

For more information on booking Bruce Willis, please contact Booking Entertainment. One of our top booking agents will be happy to work on your behalf to get you the best possible price to book any big name entertainer for your upcoming public, private or corporate event worldwide.

Booking Entertainment works to get the best possible Bruce Willis booking fee and Bruce Willis price for our clients while also providing the celebrity or famous entertainer with the level of professionalism and industry norms that they expect from an event run by a professional booking agency and production management.

Booking Entertainment uses our agency / management relationships and over 25 years of production experience to help buyers of headline / top name entertainers and does not claim or represent itself as the exclusive Bruce Willis agent, manager or management company for any of the artists on our site.

Booking Entertainment does not claim or represent itself as the exclusive booking agency, business manager, publicist, speakers bureau or management for Bruce Willis or any artists or celebrities on this website.