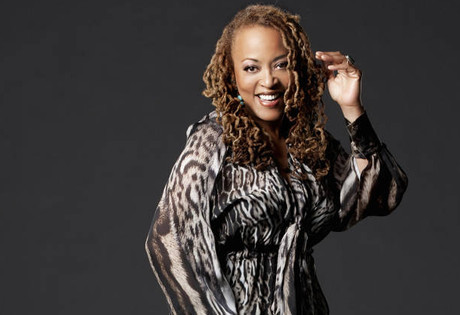 Start by filling out our no-obligation entertainment request form to check pricing and availability for Cassandra Wilson or whoever else you may want.

Our Cassandra Wilson agent will be happy to help you get Cassandra Wilson's availability and booking fee, or the price and availability for any other A-List entertainer, band, comedian or celebrity you may want for your corporate event, private party, wedding, birthday party or public show.

Cassandra Wilson was born in 1955 to a musically talented father, who influenced her greatly and sparked within her an early love of music. Young Cassandra began studying piano when she was only six, and she also explored guitar as a teenager, learning mostly through self-teaching methods.  Wilson also began experimenting in songwriting, and after graduating from college, she began performing in local bars, clubs, and coffeehouses.

A move to New Orleans in the early 1980’s sparked a fascination with Jazz, and Cassandra Wilson quickly found herself learning the art of improvisation and scat singing. Under contract with JMT, an independent label based in Munich, Cassandra Wilson released her debut Point of View in 1986. The critically acclaimed work was followed by a series of equally praised albums, including: Days Aweigh (1987), Blue Skies (1988), She Who Weeps (1990), Dance to the Drums Again (1992), Blue Light ‘til Dawn (1993), New Moon Daughter (1995), Belly of the Sun (2002), Thunderbird (2006), and Silver Pony (2010.) Cassandra’s ability to blend her blues roots with vocal jazz made her a musical sensation, both critically lauded and commercially successful.

For her achievements, Cassandra Wilson has been recognized with Grammy  Awards for Best Jazz Vocal Performance (for New Moon Daughter in 1996) and Best Jazz Vocal Album (for Loverly in 2009.) Other accolades include the Miles Davis Prize from the Montreal International Jazz Festival and the BET Soul Train Award for Best Traditional Jazz Album. Cassandra Wilson recently released her latest album, Another Country, in 2012. She continues to perform, record, and tour.

For more information on booking Cassandra Wilson, please contact Booking Entertainment. One of our top booking agents will be happy to work on your behalf to get you the best possible price to book any big name entertainer for your upcoming public, private or corporate event worldwide.

Booking Entertainment works to get the best possible Cassandra Wilson booking fee and Cassandra Wilson price for our clients while also providing the celebrity or famous entertainer with the level of professionalism and industry norms that they expect from an event run by a professional booking agency and production management.

Booking Entertainment uses our agency / management relationships and over 25 years of production experience to help buyers of headline / top name entertainers and does not claim or represent itself as the exclusive Cassandra Wilson agent, manager or management company for any of the artists on our site.

Booking Entertainment does not claim or represent itself as the exclusive booking agency, business manager, publicist, speakers bureau or management for Cassandra Wilson or any artists or celebrities on this website.