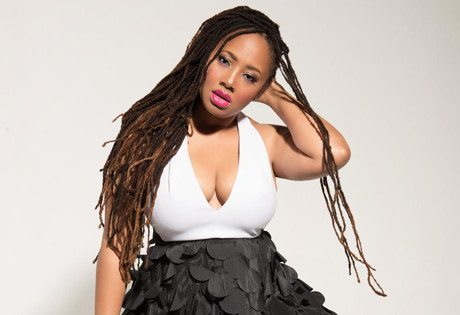 Start by filling out our no-obligation entertainment request form to check pricing and availability for Lalah Hathaway or whoever else you may want.

Our Lalah Hathaway agent will be happy to help you get Lalah Hathaway's availability and booking fee, or the price and availability for any other A-List entertainer, band, comedian or celebrity you may want for your corporate event, private party, wedding, birthday party or public show.

Eulaulah Hathaway, better known as Lalah Hathaway, was born in 1968 in Chicago, Illinois. Young Lalah’s parents greatly influenced her early love of music, as both were accomplished R&B musicians. Although Lalah’s father passed when she was only ten years old, she continued to pursue her love of music and by the time she was in high school, she’d started to write her own music and eventually garnered the attention of Virgin Records in the late 1980’s.

Lalah Hathaway’s debut, the single “Inside the Beat,” was released in 1989, and her debut album followed a year later. The album, Lalah Hathaway, arrived in 1990 and debuted in the top twenty on the R&B/hip-hop charts, spawning the singles “Baby Don’t Cry,” “I’m Coming Back,” and “Something.” Additional albums followed: A Moment (1994), The Song Lives On (1999), Outrun the Sky (2004), Self Portrait (2008), and Where it All Begins (2011.) The albums spawned the additional top forty R&B singles: “Love Like This,’ “Let Me Love You,” and “Forever, For Always, For Love,” and “That Was Then,” for which Hathaway earned a Grammy nomination for Best Female R&B Vocal Performance.

In addition to her own albums and singles, Lalah Hathaway has collaborated with a number of well-respected musicians, including Marcus Miller, Joe Sample, Mary J. Blige, and Take 6, in the role of supporting vocals or often as a writer or producer. She is also an ambassador for Circle of Promise, which seeks to raise awareness and resources for breast cancer, especially as it affects the African American community.  In between studio albums, Lalah Hathaway devotes her time to the stage, performing regularly.

For more information on booking Lalah Hathaway, please contact Booking Entertainment. One of our top booking agents will be happy to work on your behalf to get you the best possible price to book any big name entertainer for your upcoming public, private or corporate event worldwide.

Booking Entertainment works to get the best possible Lalah Hathaway booking fee and Lalah Hathaway price for our clients while also providing the celebrity or famous entertainer with the level of professionalism and industry norms that they expect from an event run by a professional booking agency and production management.

Booking Entertainment uses our agency / management relationships and over 25 years of production experience to help buyers of headline / top name entertainers and does not claim or represent itself as the exclusive Lalah Hathaway agent, manager or management company for any of the artists on our site.

Booking Entertainment does not claim or represent itself as the exclusive booking agency, business manager, publicist, speakers bureau or management for Lalah Hathaway or any artists or celebrities on this website.