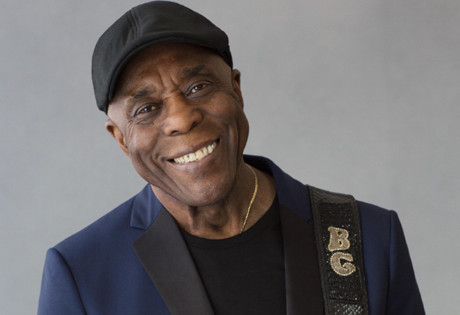 Start by filling out our no-obligation entertainment request form to check pricing and availability for Buddy Guy or whoever else you may want.

Our Buddy Guy agent will be happy to help you get Buddy Guy 's availability and booking fee, or the price and availability for any other A-List entertainer, band, comedian or celebrity you may want for your corporate event, private party, wedding, birthday party or public show.

Buddy Guy was born in 1936 in Louisiana and began performing in the early 1950’s around the state as a singer and guitar player. Buddy won a recording contract after entering and winning a competition in the late 1950’s, and since that time, he has enjoyed a career performing Chicago-style blues.

In the early 1960’s, Buddy Guy released hits such as “Ten Years Ago,” “First Time I Met the Blues,” “Keep it to Yourself,” “Let Me Love You Baby,” “Stone Crazy,” and “She Suits Me to a Tee.” Considered to be the musician who bridges the gap between rock and roll and blues, Buddy Guy has performed with the likes of Jimi Hendrix, Eric Clapton, and Stevie Ray Vaughan. These musicians and many others credit Guy with influencing their style more than any other artist. More contemporary musicians, such as John Mayer, also credit Guy for his musical influences. In the new millennium, Buddy Guy performed in 2012 at the White House, nudging President Obama to contribute a few lines of the song “Sweet Home Chicago,” and later that year he published his autobiography, When I Left Home: My Story. His 2015 album, Born to Play Guitar, earned him a Grammy Award for Best Blues Album, and in the following year, he hit the road with Jeff Beck, serving as the artist’s opening act for his East Coast tour.

Overall, in Buddy Guy’s career, he has so far earned seven Grammy Awards, a National Medal of the Arts, and the Century Award from Billboard Magazine. He also ranks on Rollin Stone’s 100 Greatest Guitarists of All Time, and in 2014, he was inducted into the Musicians Hall of Fame. Buddy Guy’s latest album, The Blues is Alive and Well, arrived in 2018.

For more information on booking Buddy Guy , please contact Booking Entertainment. One of our top booking agents will be happy to work on your behalf to get you the best possible price to book any big name entertainer for your upcoming public, private or corporate event worldwide.

Booking Entertainment works to get the best possible Buddy Guy booking fee and Buddy Guy price for our clients while also providing the celebrity or famous entertainer with the level of professionalism and industry norms that they expect from an event run by a professional booking agency and production management.

Booking Entertainment uses our agency / management relationships and over 25 years of production experience to help buyers of headline / top name entertainers and does not claim or represent itself as the exclusive Buddy Guy agent, manager or management company for any of the artists on our site.

Booking Entertainment does not claim or represent itself as the exclusive booking agency, business manager, publicist, speakers bureau or management for Buddy Guy or any artists or celebrities on this website.