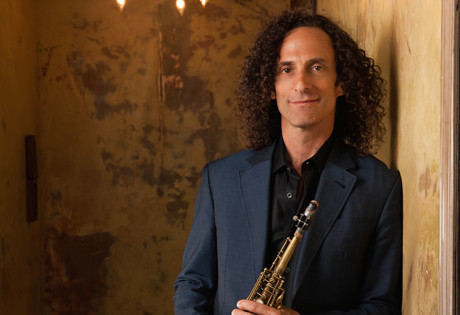 Start by filling out our no-obligation entertainment request form to check pricing and availability for Kenny G or whoever else you may want.

Our Kenny G agent will be happy to help you get Kenny G's availability and booking fee, or the price and availability for any other A-List entertainer, band, comedian or celebrity you may want for your corporate event, private party, wedding, birthday party or public show.

The American saxophonist known as Kenny G was born Kenneth Bruce Gorelick in 1956. Kenny G rose to international fame in the mid 1980’s as one of the world’s most successful instrumental musicians, but long before his success, he grew up in Seattle, Washington, where he began playing sax when he was about ten years old. In high school, he played first chair for the school’s jazz band and was also an active member of the school’s golf team.

After signing with Arista Records, Kenny G released his debut album in 1982. The self-titled work was well-received by critics and experienced moderate commercial success. But it was Kenny G’s next two albums – G Force and Gravity – which catapulted the artist to stardom, reaching platinum status and launching an international career that has since lasted well into the new millennium. Other notable albums from Kenny G include Duotones (1986), Silhouette (1998), and Breathless (1992), which went on to become the world’s most successful instrumental album ever recorded, earning Kenny G his first Grammy Award. Throughout the 80’s and 90’s Kenny G also recorded a number of soundtracks for blockbuster films, including The Bodyguard and Miracle on 34th Street.

Hit singles from Kenny G’s albums include the top forty mainstream hits: “Don’t Make Me Wait for Love” (featuring Lenny Williams); “Songbird,” “Silhouette,” and “Forever In Love.” The song “By the Time This Night is Over,” featuring Peabo Bryson, was also a number one Adult Contemporary hit and reached into the top forty on the mainstream charts. Kenny G has also recorded as a featured artist on numerous singles for other artists, including Jeffry Osborne, Dionne Warwick, Natalie Cole, Stevie Nicks, Johnny Gill, and Michael Bolton.

Kenny G continues to perform and record. He most recently released his fourteenth studio album, Brazilian Nights, in 2015. Shortly thereafter, Kenny G launched his most recent international tour, bringing him to performance arenas throughout the globe.

For more information on booking Kenny G, please contact Booking Entertainment. One of our top booking agents will be happy to work on your behalf to get you the best possible price to book any big name entertainer for your upcoming public, private or corporate event worldwide.

Booking Entertainment works to get the best possible Kenny G booking fee and Kenny G price for our clients while also providing the celebrity or famous entertainer with the level of professionalism and industry norms that they expect from an event run by a professional booking agency and production management.

Booking Entertainment uses our agency / management relationships and over 25 years of production experience to help buyers of headline / top name entertainers and does not claim or represent itself as the exclusive Kenny G agent, manager or management company for any of the artists on our site.

Booking Entertainment does not claim or represent itself as the exclusive booking agency, business manager, publicist, speakers bureau or management for Kenny G or any artists or celebrities on this website.