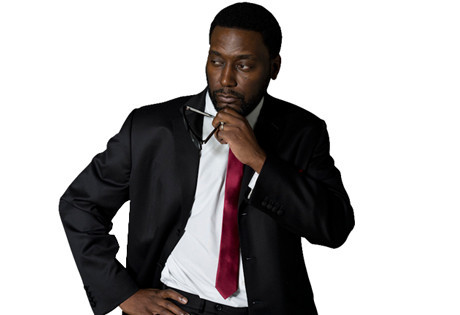 Start by filling out our no-obligation entertainment request form to check pricing and availability for Big Daddy Kane or whoever else you may want.

Our Big Daddy Kane agent will be happy to help you get Big Daddy Kane's availability and booking fee, or the price and availability for any other A-List entertainer, band, comedian or celebrity you may want for your corporate event, private party, wedding, birthday party or public show.

The rapper known as Big Daddy Kane was born Antonio Hardy in 1968 in Queens, New York. In the early 1980’s, Big Daddy Kane teamed up with Biz Markie to form both a songwriting partnership and the duo Juice Crew, which led to his own debut single, “Raw,” in 1987. The song was an underground sensation, spawning a career which would last well up to the new millennium.

Long Live the Kane, Big Daddy Kane’s debut album, was released in 1988 and featured “Ain’t No Half Steppin’.” For the next decade, Big Daddy Kane would become an iconic hip-hop figure, releasing the albums It’s a Big Daddy Thing (1989), Taste of Chocolate (1990), Prince of Darkness (1991), Looks Like a Job For… (1993), Daddy’s Home (1994), and Veteranz’ Day (1998.) The albums spawned the R&B and rap singles “Smooth Operator,” “Cause I Can Do it Right,” “All of Me,” “Groove With It,” and “Very Special.” In addition, during this time Big Daddy Kane became known for his contributions to soundtracks and collaborations, including: Patti Labelle’s “Burning,”; “Nuff Respect” for the film Juice; and “Back on the Block,” which earned him a Grammy for Best Rap Performance by a Duo or Group in 1991. For his contributions, Big Daddy Kane is recognized as among the most significant of the “golden age” rappers, ranking in the top ten on MTV’s Greatest MCs of All Time list. Additional recognitions from Allmusic and the Source tout his music as among the finest of the era, establishing a style which artists would emulate for years to come.

Big Daddy Kane has continued to perform well into the new millennium. Recent projects including contributing to Morcheeba’s 2003 release “What’s Your Name” and performing “Warm It Up, Kane” at the 2005 VH1 Hip-Hop Honors. The song also appears on Grand Theft Auto: San Andreas. Most recently, Big Daddy Kane formed Las Supper alongside Lifted Crew and Showtyme, releasing the album “Back to the Future” in the spring of 2013.

For more information on booking Big Daddy Kane, please contact Booking Entertainment. One of our top booking agents will be happy to work on your behalf to get you the best possible price to book any big name entertainer for your upcoming public, private or corporate event worldwide.

Booking Entertainment works to get the best possible Big Daddy Kane booking fee and Big Daddy Kane price for our clients while also providing the celebrity or famous entertainer with the level of professionalism and industry norms that they expect from an event run by a professional booking agency and production management.

Booking Entertainment uses our agency / management relationships and over 25 years of production experience to help buyers of headline / top name entertainers and does not claim or represent itself as the exclusive Big Daddy Kane agent, manager or management company for any of the artists on our site.

Booking Entertainment does not claim or represent itself as the exclusive booking agency, business manager, publicist, speakers bureau or management for Big Daddy Kane or any artists or celebrities on this website.